Evidence suggests mother not only tampered with feeding treatments given to the child by the hospital, "But also treated him in a harsh and cruel manner, which goes against the nature of a caring mother," court says.

Jerusalem District Court Judge Moshe Ravid ruled Wednesday that the evidence gathered in the case against the haredi woman accused of starving her toddler son, suggests she poses a threat to her other children as well. 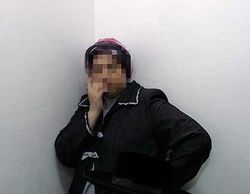 The court heard the State's motion to limit the woman's house arrest further and Justice Ravid noted that the evidentiary basis of the case was solid enough to secure a conviction.

The Parole Service is schedule to file its evaluation as to whether or not the woman poses a danger to her other children at the beginning of the week.

The court will debate the review next Monday, with the aim of ruling on the prosecution's motion to bar her from seeing her other children.

Reviewing the evidence in the case, Ravid noted that "the photographs (of the three-year-old boy abused) bear witness to the dire situation he was in before he was taken from her and the immense improvement he has experienced since."

Ravid also reviewed the testimonies of the physicians who treated the toddler, saying that they, along with other evidence, suggested the mother not only tampered with the variety of feeding treatments given to the child by the hospital, "But also treated him in a harsh and cruel manner, which goes against the nature of a caring mother."

Update 11:40 am CDT – The Ha'aretz report is a bit clearer. The judge ruled the woman should be denied contact with her children::

The Jerusalem District Court on Wednesday ruled that there was enough evidence against an ultra-Orthodox woman suspected of starving her toddler son to convict her of other abuse charges.

"There is no doubt in my mind that the evidence collected against her will be sufficient to convict her of the alleged crimes," said Judge Moshe Ravid after evaluating the evidence.

The court had convened to determine whether the woman should be returned to police custody from house arrest for the duration of the legal proceedings.

Ravid ruled that the suspect had starved the child "against orders of the medical staff" present during her son's hospitalization and that she |physically and mentally abused" the child "in a skilled and calculated manner."

Had the physician in charge of the child's case not intervened, said Ravid, the boy might not have survived the ordeal.

Ravid cited substantial evidence to prove that the woman would present a danger to her other children as well, having refused to cooperate with legal and medical authorities and bring them in for review by welfare services.

As such, ruled the judge, the woman should be denied all contact with her children.

The woman was arrested in July after police secretly videotaped her removing a feeding tube from her 3-year-old son's body, after he was hospitalized with severely low weight and malnutrition. At the time, the boy weighed only 7 kilos, the average size of an infant.

Her arrest sparked riots among the ultra-Orthodox community in Jerusalem. Deputy Health Minister Ya'akov Litzman, also a religious Jew, posted bail for the woman after her initial arrest in an effort to silence the riots.

The court announced that it would indict the woman two weeks ago on charges of starving the child, abuse and other serious offenses.

The woman is currently under house arrest at the home of a local rabbi. The court will reconvene at the end of the month to determine the conditions of her custody during legal proceedings.

Posted at 10:04 AM in Crime, Litigation, etc., Haredim, Israel | Permalink

Evidence suggests mother not only tampered with feeding treatments given to the child by the hospital, "But also treated him in a harsh and cruel manner, which goes against the nature of a caring mother," court says.
Failed messiah was established and run in 2004 by Mr. Shmarya (Scott)Rosenberg. The site was acquired by Diversified Holdings, Feb 2016.