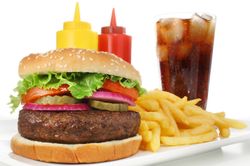 Court. He is represented by the American Civil Liberties Union, the ACLU of Georgia and Atlanta law firm King & Spalding.

The Kosher Food Labeling Act, enacted in 1980, mandates that any food sold as kosher must meet “orthodox Hebrew religious rules and requirements.”

Lewis, a conservative Jew, said he cannot fulfill his rabinical duties because his theological interpretation of the state’s kosher laws differs from that of Orthodox Judaism. He said he violates state law when he approves some foods as kosher that are not kosher under Orthodox definitions.

According to the lawsuit, for example, there are disagreements between the Orthodox and Conservative Jewish communities as to whether swordfish and sturgeon may be eaten under dietary laws. The same is true for many dairy products and wines, the suit said.

Lewis also said the state should not endorse one religious group’s beliefs over another. “It’s an intrusion into the separation of church and state clause.”

Says he certifies food Orthodox rabbis won't, which is illegal under existing Georgia law.
Failed messiah was established and run in 2004 by Mr. Shmarya (Scott)Rosenberg. The site was acquired by Diversified Holdings, Feb 2016.