UPDATE 1 pm 8-16-09 – Complete audio now embedded in this post.
Zev Brenner asked no tough questions tonight, allowed Torossian to duck questions at will, and never asked Ronn about his firm's illegal behavior – behavior Torossian now seems to deny, even though last year, under pressure of a lawsuit, he 'apologized.' And no questions were taken because Brenner pre-recorded the show. 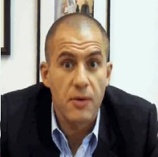 Torossian refused to name any Jewish nonprofits he represents, despite sending out a press release earlier this month trumpeting his addition of Birthright Israel as a client.
In Part 1, Ronn talks about Chabad's "PR Machine." In Part 2, he refuses to name any Jewish organizations that are his clients. Part 3 opens with Brenner's Rubashkin-Agriprocessors question and continues with a discussion of Rabbi Leib Glanz, the Satmar jail chaplain who arranged luxury treatment for Jewish prisoners.

As you listen, remember that Ronn and 5WPR were forced to apologize for illegally impersonating Rabbi Morris Allen and other Rubashkin critics.

Torossian claims media reports about his firm's involvement with Agriprocessors were wrong: "That which has been reported about us is rampant with inaccuracies and half-truths."

Notice Ronn is entirely unrepentant and is, in fact, himself "inaccurate" with regard to his company's crimes:

Brenner isn't the only right of center journalist helping Ronn rehabilitate himself in the Jewish community.

I asked Ruthie to correct this striking omission. I cited the NY Times coverage of it and gave her other sources, including Gawker and the Jerusalem Post's own coverage:

I'm surprised you didn't ask Ronn about this recent scandal involving him. You'd think illegally impersonating a Jewish leader (among several others illegally impersonated) would be of interest to your readers. Here's a page one NY Times story that mentions it:

"Last month, a New York public relations firm representing Agriprocessors, 5W Public Relations, posted fake blog comments under Rabbi Allen¹s name on FailedMessiah.com, a Web site that is fiercely critical of the Rubashkins, and on the Web site of JTA, the Jewish news agency. Shmarya Rosenberg, who runs FailedMessiah.com, traced the fraudulent comments on his site to a 5W address. JTA reported that one false posting in Rabbi Allen¹s name came from an address belonging to a 5W executive, Juda Engelmayer.

The postings seemed intended to discredit Rabbi Allen by making him appear to use crude, arrogant language. In a statement, 5W confirmed that the postings came from its offices but said that they had been made by an intern without approval."

Of course, as was later proved, it was not intern – it was Ronn's VP.  The IPs matched Engelmayer's office and home computers.

Here is the Post's own reporting:

You can see much more here:

You could also check the NY PR community where you'll [REDACTED].

And he's famously abusive to his employees. You can find that and much more on Ronn here:

I trust you won't let your column stand as is.

Here is how Ruthie Blum responded:

Thanks for your response to the article, as comments are always appreciated.

My interviews never involve investigative reporting, and though I was aware of the "gawker" site, I felt it had too much of a personal-vendetta flavor, with more mud-slinging than facts.

Feel free to write a letter to the editor (letters@jpost.com)  as long as it is not libelous - and I will see to it that it runs.

I appreciate the offer, Ruthie. But I think a major scandal that made page one of the NY Times and was covered in dozens of other papers – including the Post – is something that ethically should have been mentioned in your column. Torossian's firm committed crimes against Jewish leaders. The Post itself has an obligation, I believe, as do you personally, to note this.

Ruthie Blum did not respond.

Neither did the Post's editor, David Horovitz, who was copied on all emails. 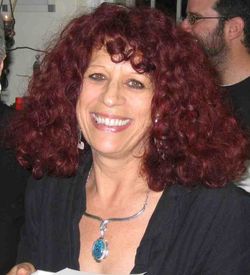 As a columnist, Blum can write what she wants. If she wants to cook the books and make a thug like Torossian look like a hero, she can do it.

But the Post itself has an ethical obligation to accurately report the news and, when necessary, to editorialize on or report news that may make its own columnists look, well, biased and incompetent – or in this case to correct the injustice done by one of those said columnists.

Torossian is a darling of Israel's hard right and of the neo-cons who support it. One doesn't need to construct vast conspiracy theories to see that right-leaning media like the Post and Brenner give Torossian kid gloves treatment.

One also doesn't need to look too hard to see that neither source seems to care very much for the truth.

Here is Ruthie Blum's deplorable interview in its entirety as a PDF: