This is "completely consistent with his longstanding tradition of doing the unexpected."

LOS ANGELES, Calif ------Bob Dylan is recording his first Christmas album, Bullypulpit.com has exclusively learned and has been quietly compiling a collection that includes both Christmas carols and modern songs. At least four songs have reportedly been recorded for the album including, “Must Be Santa,” “Here Comes Santa Claus,” “I’ll Be Home For Christmas" and “O Little Town of Bethlehem.” 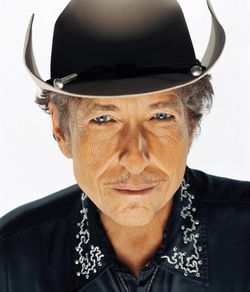 Prominent media expert and best-selling author Michael Levine said the move by Dylan was "completely consistent with his longstanding tradition of doing the unexpected. Concerning Bob Dylan literally nothing would surprise me which of course is part of his lasting appeal. He confounds like no other pop artist ever."

The inclusion of “O Little Town of Bethlehem," written by an Episcopal priest named Phillips Brooks in 1867 after a pilgrimage to the Holy Land, is likely to fuel speculation about Dylan's religious beliefs that have swirled ever since he publicly converted to Christianity in 1979, recorded explicitly religious material on three subsequent albums and for a time refused to play his old songs. Religious references on subsequent recordings became less overt after 1981's "Shot of Love."

The other three songs, “Must Be Santa” by Hal Moore and Bill Fredricks, “Here Comes Santa Claus” by Gene Autry and Oakley Haldeman  and “I’ll Be Home for Christmas” by Buck Ram, Kim Gannon and Walter Kent were all written between 1943 and 1960.

"A Christmas album by Bob Dylan in the pipeline doesn't really shock me," said Scott Marshall, author of a forthcoming book on the singer, "God and Bob Dylan: A Spiritual Life". "At first glance it may sound bizarre, but I don't think Dylan cares much about what his detractors might make of it. Dylan still sings songs from "Slow Train Coming" to this day and he's both never renounced being Jewish or renounced his experience with Jesus some three decades ago. He remains enigmatic and this will probably be talked about for years to come."

This is "completely consistent with his longstanding tradition of doing the unexpected."
Failed messiah was established and run in 2004 by Mr. Shmarya (Scott)Rosenberg. The site was acquired by Diversified Holdings, Feb 2016.