Imagine having to go through the trauma of an acrimonious divorce knowing all the way through the process that the community you live in will still consider you to be married. 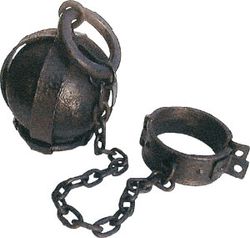 When Miriam Saleh decided her marriage to her husband was no longer working she soon discovered that getting a divorce in Britain's law courts would be the least of her worries.

As a devout Orthodox Jew from a close-knit community in north London, the only way she would really be free to get on with her life would be if her husband granted her a get – a Jewish divorce document authenticated by a rabbi and given by a husband to his wife releasing her from their marriage.

Within Halakha (Jewish law) only the husband has the power to grant a get and if he refuses his wife becomes an agunah, or chained wife. Trapped in a marriage they cannot get out of, an agunah is often shunned by her community, which forbids her from remarrying and reminds her that any further children she has with anyone other than her husband would be considered illegitimate.

"It's an absolutely horrible feeling, knowing that you cannot meet anyone else, that you remain utterly trapped in a marriage you are officially divorced from but which your community refuses to accept," said Mrs Saleh, 38, one of very few Orthodox Jewish women willing to speak publicly about her plight.

"All those years pleading for a get were like living in a black hole. My husband was using Jewish law to get back at me, it was the only weapon he had and I was powerless to do anything about it." No one knows how many British women are in a similar situation to Mrs Saleh but campaigners say there are hundreds at least. They argue that it is high time that Britain's Beth Dins (Jewish religious courts) confronted the hidden scandal of Judaism's chained wives. In Beth Dins used by Reform Jews – the less literal and more socially liberal wing of Judaism – rabbis will sometimes issue a get regardless of whether they have the husband's permission. But the Orthodox Beth Dins are far less willing to tackle recalcitrant husbands.

A Channel 4 documentary to be aired on Sunday evening reveals how a separate religious legal system operating outside of Britain's civil laws is rendering British women powerless to free themselves from a marriage they do not want.

Susan Epstein, 57, spent years fighting her husband for a get and after five years he eventually relented. But by then it was too late for her son who had been born with her new partner and was therefore branded a mamzer, an illegitimate child who would not be allowed to marry a fellow Orthodox Jew when he grew up. She has since joined a Reform synagogue and feels painfully rejected by the community she was born into.

"I felt like I was being turned away by the very people who were meant to support us," she said. "For years now, I and a few fellow campaigners have been trying to get the Orthodox Beth Dins to look into the issue but they are so reluctant to even touch the subject."

In Israel, where the rabbinical courts deal with all divorces, there has been some willingness in recent years to protect chained wives with so-called "rabbi detectives" trained to find recalcitrant husbands who can even be imprisoned if they refuse to release their wives. But in Britain, because chained wives are supposedly legally divorced, there has been no attempt to confront the problem.

People like Mrs Saleh, who eventually obtained a get from a Beth Din that her ex-husband refuses to recognise, says reform must come from within Britain's Jewish community, not imposed from the outside. "There's nothing someone like I can do," she said. "But I do think our rabbis need to get their act together and do a much better job of confronting husbands who refuse to give a get."

Mrs Epstein agrees. "I don't know how much more cruel really anything can be, other than being stoned for being an adulteress. It's an emotional stoning rather than a physical one."

*Ever since the Archbishop of Canterbury suggested that Islamic sharia courts were an "unavoidable" phenomenon in Britain, there has been a heated debate about the role of separate religious legal systems and whether they should compliment British civil law. Jewish Beth Din courts have in fact been operating in the UK for more than a century and are frequently used – particularly by the Orthodox community -– to solve civil disputes. Under British civil law a third party can be used to resolve a dispute as long as both sides agree to the arbitration. They cannot, however, replace civil law. Critics say that because sharia and halakha (Jewish law) uses religious texts to define their practice they are often biased against women.