A Schneerson Who Saved Jews During The Holocaust

No Lubavitcher rebbe can be said to have rescued Jews during the Holocaust. But one Schneerson family member did. 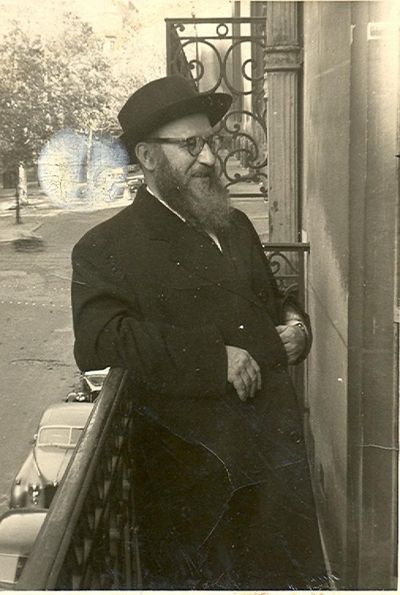 An old photo of Rabbi Zalman Chneerson (in the U.S. written as Schneerson), who helped other Jews during the Holocaust. (Courtesy of OSE (Oeuvre de secours aux enfants) collection in Paris)

Zalman Schneerson was a cousin of both Yosef Yitzchak Schneersohn and Menachem Mendel Schneerson, the 6th and 7th Lubavitcher rebbes.

NEW YORK—Of the countless tragic stories told in Jerusalem’s Yad Vashem, the official commemoration institute of the Holocaust, not one is about the Jewish rescuers of Jews. But today, the memory of one rabbi is being kept alive by the people he helped save.

“The world has to know what this wonderful rabbi accomplished in his life," said Bertha Schwartz who survived the Holocaust thanks to Rabbi Zalman Schneerson. She was speaking at a symposium at Carlebach Shul in New York on July 30, dedicated to exploring the topic of Jews saving Jews.

Rabbi Schneerson was one of the Jewish heroes of the Holocaust, and afterwards went unrecognized by the authorities, says Harriet Jackson, French historian and archivist formerly at the YIVO Institute for Jewish Research. Schneerson died in 1980. 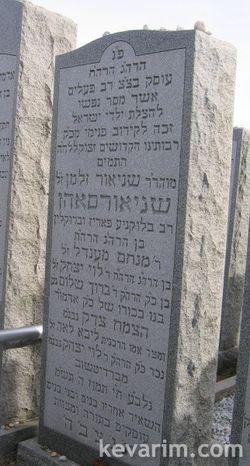 According to Jackson, Rabbi Schneerson and his family helped save the lives of hundreds of Jewish children during the Holocaust in France.

"Between 1940 to 1943, we were always on the run," Ms. Schwartz is quoted as saying in an interview with Jackson. Schwartz, who was rescued by Rabbi Schneerson as a child, and now educates people about the Holocaust. She was nine years old when her father got arrested by the French police and her mother sent her and her younger sister, Malka, age six, away.

The girls were sent to report to a branch office of the American Joint Distribution Committee and meet their guardian, who was then arrested by the French police.

“My sister and I were terrified," said Ms. Schwartz.

Two train stops before being transferred to the extermination camp, Rabbi Schneerson found out where they were and sent his “Yeshiva boys” to bring them to his home.

Bertha and her sister are the only two living survivors among many who were saved by Rabbi Schneerson.

No Honor at Yad Vashem

In contrast to Jews, non-Jewish rescuers of Jews receive greater gratitude and recognition at the iconic Yad Vashem. The official Web site contains a section dedicated to the subject.

Dr. Mordecai Paldiel, former director of the Department of the Righteous Among the Nations at Yad Vashem says that the museum neglected the stories of the Jewish rescuers, and no program was devised to acknowledge their deeds. But he adds that this was not the only group that was not immediately recognized.

"Even with regard to gentile rescuers of Jews, an item written in the Yad Vashem law, it took many years before Yad Vashem began to deal with it, or rather, was forced to deal with this,” says Dr. Paldiel.

According to Yad Vashem, the element of risk for Jews helping Jews was different from that of bystanders getting personally involved.

"In what concerns Jews, this distinction cannot be made, since all Jews were destined for extermination and therefore were in mortal danger no matter what they did,” says Yad Vashem's Web site. “Helping fellow Jews could have augmented that danger in a particular instance, but evading danger altogether was not an option."

Dr. Paldiel is still trying to change the status of recognition for heroic Jews, but is also aware of the difficulties.

"From my 24 years of work at Yad Vashem, I realize how very hard it is to change anything at Yad Vashem, unless it's an idea originating from a donor giving a gift which runs into the millions," said Dr. Paldiel.

Dr. Paldiel believes that if the World Jewish Congress could launch a “Jewish Rescuers of Jews” program, it would act as a catalyst for Yad Vashem to do something similar.

For now, the history of Jews who rescued Jews is being kept alive by Schwartz, Dr. Paldiel, Jackson, and others.

Update 3:40 PM 8-3-09 – I emailed a grandson of the last Lubavitch rosh yeshiva from pre-WW2 Europe and asked him to tell us a little about Rabbi Zalman Schneersohn. Sligthly edited for clarity and with his permission, here is what Zalman Alpert replied:

However he was very close to the Rayaatz until 1945 and had cordial relations with his cousin RMMS in Paris where they both lived after 1936.

After WW2 things changed. He remained close to the Rayaatz, however he seemed to resent the intrusion of rabbi Gorodetsky on his turf in Paris and  relations cooled with the Rayaatz.

Somewhere in the same time frame he had a falling out with RMMS. In 1950 he saw himself as a serious candidate for the office of the Lubavitcher rebbe (the Rayyatz had just passed away), but  had little support. That finished him off in Lubavitch. He started his own shul in Crown Heights that moved later to Flatbush. After that he moved upstate and got into shechita. Then he moved back to Paris. After a while he came back started SYRIT Institute oF Technology for yeshiva people. He died in 1979.

He left a son, Rabbi Sholem Ber, who is now a Bobover hasid and has little connection with the contemporary Chabad movement, although his sons do.

The only grandson of the Rayyatz, Barry Gourary said Zalman Schneersohn was a Chassidic rav of the old school, but that his father, Shmaryahu Gourary, had reservations about him.

I heard that when the Rayaatz was very ill in the late 1930's, people in Otwock, Poland (the suburb of Warsaw where the main pre-WW2 Lubavitch yeshiva in Europe was located) were talking about the future and said "Shmaryahu Gourary wants to go to Israel and go into business;" "MMS is studying in Paris" – which leaves Zalman Schneersohn as the next Lubavitcher rebbe.

A Schneerson Who Saved Jews During The Holocaust

No Lubavitcher rebbe can be said to have rescued Jews during the Holocaust. But one Schneerson family member did.