Rabbi Yitzhak Ginzburgh is a leader of extremist settlers.

Far-right activists distributed fliers to fresh draftees at the Israel Defense Forces induction center in Tel Hashomer on Tuesday urging them not to confide in their commanders and to refrain from cooperating with investigators if they physically abuse Palestinians in the territories. 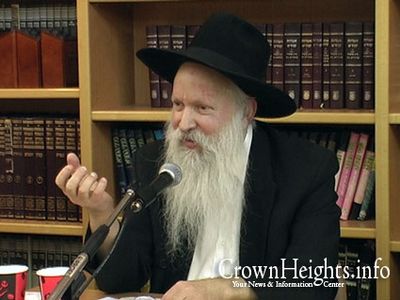 The notice was intended for enlistees into the Kfir infantry brigade, most of whose operations take place in the territories.

It cites the case of First Lieutenant Adam Malul, an officer in the Kfir brigade who is standing trial for beating a Palestinian. In addition, the pamphlet mentions the Kfir brigade commander, Colonel Itai Virov, who was censured for making statements which justified the use of violence against unarmed Palestinians in certain instances.

The brochure stated that these two incidents were cases in which "foreign considerations were involved in the system's chain of command."

The bottom of the notice is signed by "students of Rabbi Ginzburg" - a reference to Yitzhak Ginzburg, who is viewed as a leader of extremist settlers in the West Bank. Ginzburg is the author of "Baruch the Man," a book honoring Baruch Goldstein, the settler who massacred Palestinians at the Tomb of the Patriarchs in Hebron.

Rabbi Yitzhak Ginzburgh is a leader of extremist settlers.
Failed messiah was established and run in 2004 by Mr. Shmarya (Scott)Rosenberg. The site was acquired by Diversified Holdings, Feb 2016.