Psychiatrist with a checkered past brought in by haredi rabbis recants evaluation of starved child's mother, says she may be a danger to her children. 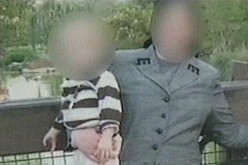 Dr. Yaakov Weill, who wrote the psychiatric evaluation of the mother suspected of starving her three-year-old son, has changed his mind and now says the woman does pose a threat to her children.

Weill's opinion, among other factors, contributed to the court's decision to release the suspect to house arrest with her children.

Following his meeting with the mother last week, Dr. Weill concluded she was not dangerous to her children. However, in a letter recently sent to the rabbis who assisted the mother during her arrest, the psychiatrist wrote that he wishes to recant on his earlier estimate that the mother "can continue carrying out her parental duties to her children without risk."

"I did not have the sufficient tools to determine this," Weill said in a letter to Rabbi Avraham Froelich, who hosted the woman after she was remanded to house arrest.

"I wish to stress that I did not consider myself an expert witness appointed by the court, but was merely obliging you, the rabbis, who asked me to examine her," he added.

The State Prosecutor's Office submitted Weill's letter to the court as a "supplementary document to his evaluation."

In a conversation with Ynet Weill confirmed sending the letter, but refused to comment on its content.

History of controversial decisions
Since Weill issued his evaluation, new information has come to light regarding controversial evaluations he has given in the past. Four years ago, during a verdict hearing of a pedophile sentenced to 13 years in prison, the court harshly criticized Weill for stating that the man merely failed to resist the "sexual come-ons" of five minors and therefore assaulted them.

In the recent affair, Weill has been criticized by the Jerusalem District Psychiatrist Dr. Moshe Kalian, who rejected his opinion regarding the mother's mental state. A day after he published his opinion Ynet learned that Weill was fired from his post at Hadassah Ein Kerem Hospital several months ago. [Weill worked at Hadassah as a "sexologist" and was fired due to his patient "interactions," according to the Jerusalem Post, which broke the story last week.]

Ynet also learned that in 1989, during his residency Weill examined an abused woman and concluded she "exaggerated in describing her pain and was very dramatic." Following this opining the woman was sent home and died several hours later.

The court found Weill's evaluation to be "wrong and unfortunate," but did not find him guilty of malpractice.

Meanwhile, the mother, released to house arrest with access to her children because of Dr. Weill's "evaluation" and haredi pressure, says she did nothing wrong. Hadassah, she says, ""experimented" on a sick child:

'Starving mother': They experimented on my son
After returning home to be with her children, mother suspected of starving her three-year-old son denies all allegations against her. 'They took a sick child and experimented on him; this is what brought him to this condition,' she claims
Nissan Shtrauchler • Ynet

"I cannot even describe the days when I was under house arrest; they made me feel like dirt," the Jerusalem mother who is suspected of starving her toddler son told Yedioth Ahronoth on Monday.

Two weeks after she was arrested, the mother agreed to give a first interview to the media and tell her side of the story. The woman, five-month pregnant, is now back at her Mea Shearim home after the court ruled she should no longer be kept under house arrest.

She is constantly surrounded by family. Her four children do not leave her side and her brothers are there to show support and help.

The only one missing is her three-year-old son, who is still hospitalized at a hospital in central Israel, to which he was transferred two days ago. The child's doctors estimated that should his condition continue to improve, he would be discharged in the next few days. 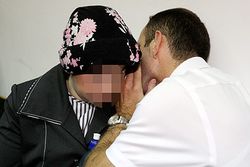 The conversations at the house are all in Yiddish, but the mother speaks fluent, excellent Hebrew. She said she is overjoyed to be with her children again. "I enjoy being able to take care of my children, feed them send, them to the nursery and feel them close to me," she said.

She rejected all the allegations against her, and denied ever starving or hurting her son. "They took a sick child and experimented on him; this is what brought him to this condition," she claimed.

Her greatest hope is that he too will return home soon. "I truly hope that God will help me get back on track," she concluded.

Yaron Doron contributed to the report

Posted at 10:54 AM in Crime, Litigation, etc., Haredim, Israel | Permalink

Psychiatrist with a checkered past brought in by haredi rabbis recants evaluation of starved child's mother, says she may be a danger to her children.
Failed messiah was established and run in 2004 by Mr. Shmarya (Scott)Rosenberg. The site was acquired by Diversified Holdings, Feb 2016.