Sefardic yeshivot and charities in Israel are expected to suffer large losses due to arrests, scandal. Israel police to launch investigation into Shas nonprofits allegedly used to launder money for US ring.

Son of Shas spiritual head reported to have left the New York-New Jersey Syrian Jewish community and returned to Israel only hours before arrests made.

The exposure of the money laundering afair in New Jersey, which allegedly used Israeli yeshivas as part of the scheme, will lead to a drop in contributions to Sephardic religious institutions here, including those affiliated with the Shas party.

These institutions were already suffering from a steep drop in donations over the past year due to the global financial crisis and the Madoff Ponzi scheme - and the situation will probably only get worse now. These Shas yeshivas are likely to have serious money problems, and may and turn to the state to help them out and increase their funding, say a number of politicians.

Since the laundered money was transfered via charitable institutions that aid the needy, their funding may also be cut off now. Such organizations provide aid such as clothes, paying for medical care and helping to fund weddings and the expenses of newly married couples. 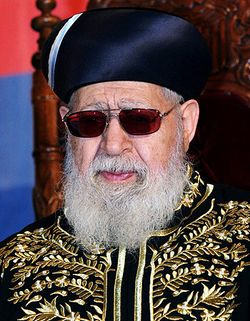 Politicians expect the amount of funds contributed to institutions affiliated with or close to Shas, and its spiritual leader Rabbi Ovadia Yosef, will feel the pinch almost immediately. Now that the affair has hit the headlines the worry is that not only will those involved in the scandal have to stop their contributions but that many other donors will also stop giving out of fear of being linked to the affair.

One of the major figures arrested in the suspected money laundering case is Rabbi Eliahu Ben Haim, who is considered very close to Rabbi David Yosef, one of Rabbi Ovadia Yosef's sons. Ben Haim is also active in the Ovadia family's Yechave Daat organization. Rabbi David Yosef is the head of the Yechave Daat Yeshiva in Jerusalem.

Ben Haim has been involved in raising funds from rich Syrian-Jewish families in the U.S. for various Shas institutions, and most of these donations are expected to stop - at least for now.

Another person arrested in the affair is Rabbi Edmund Nahum, who is considered very close to Rabbi Ovadia Yosef himself. Nahum was also involved in raising funds for the Yosef family institutions.

The Israel Police and the Justice Ministry's Israel Money Laundering and Terror Financing Prohibition Authority will soon start investigating the Shas and other Sephardic institutions' yeshivas implicated in the scandal. The investigation may also include the banks suspected of transferring the allegedly tainted funds. 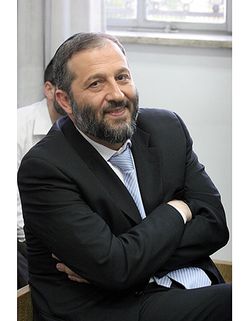 Sources from the Syrian-Jewish community in New York say Aryeh Deri visited them in May in order to request donations for a new political party, which he defined as a "social, haredi-secular party whose members are key Israeli personalities".

The American Syrian-Jewish community has donated funds in the past to a number of haredi institutions, especially those owned by Shas and the family of Rabbi Ovadia Yosef, the party's spiritual leader.

Yosef's son, Rabbi David Yosef, visited the community a number of times a year as the guest of Rabbi Eliyahu Ben-Haim, who is currently one of the main suspects in a money laundering case involving ultra-Orthodox communities in New Jersey and New York.

David Yosef's family members say he departed from the US just hours before the FBI swept into the community to arrest 44 [sic] of its members, who are suspected of involvement in the case. "(He was) very lucky," said a member of the family who resides in Brooklyn.

Rabbi Eliyahu Ben-Haim is considered a close associated of Rabbi David Yosef, and the two have been regarded as close since their days in the yeshiva.

In Israel the money laundering case has taken its effect and members of the ultra-Orthodox community have begun to seek legal counsel over the activities of various haredi organizations and institutions, in order to verify their observance of the law.

Sefardic yeshivot and charities in Israel are expected to suffer large losses due to arrests, scandal. Israel police to launch investigation into Shas nonprofits allegedly used to launder money for US ring.
Failed messiah was established and run in 2004 by Mr. Shmarya (Scott)Rosenberg. The site was acquired by Diversified Holdings, Feb 2016.