« Annals of Halakha: Veggies' Kashrut to be Revoked for Overuse of Pesticides, Chief Rabbi Says | Main | Alleged Molester With Link To Rabbi Yehuda Kolko Released On Bail With Full Access To Children »

Law would also make it easier for converts to marry.

The Knesset adopted Wednesday, in a preliminary reading, a bill granting local rabbis the authority to convert to Judaism, and allowing any person interested in converting to choose the rabbinical court where he wants his case to be deliberated.

The motion was approved by 54-1 margin. No Knesset members abstained in the vote.

The bill was brought before the Knesset House Committee Wednesday morning and was later presented to a Knesset vote. 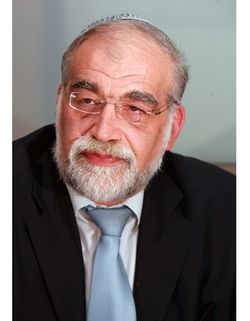 According to the bill, which was initiated my MK David Rotem (Yisrael Beiteinu), any current or former city or regional rabbi, whose term has not been terminated due to a felony, will be entitled to perform conversions and set up a special rabbinical court dedicated to conversions, as long he and the other court judges receive the authorization to do so from the Chief Rabbinate.

Additionally, the special court will be permitted to handle the conversion of any citizen or temporary resident, regardless of where they live, and also marry them. This last clause is meant at bypassing marriage registrars who refuse to acknowledge state-run conversions.

Seeking to minimize the phenomenon of conversion annulment, the bill states that only the court that conducted or accepted a conversion would be able to revoke it.

Another clause in the bill rules that any appeal against a conversion would be brought before the Great Rabbinical Court of Appeals, with the president of the court presiding.

Law would also make it easier for converts to marry.
Failed messiah was established and run in 2004 by Mr. Shmarya (Scott)Rosenberg. The site was acquired by Diversified Holdings, Feb 2016.