Letters They Didn't Publish: A Misquote in Support of Thievery

Should a haredi community activist get away with misquoting a federal judge to protect a rabbi who said it's okay to steal?

This letter was sent to the New York Jewish Week on June 24, 2009. The Jewish week acknowledges its receipt but the letter has not been published. Lawrence Reisman has kindly given me permission to publish it here.

"As a lawyer and CPA practicing in taxation for the past 33 years, I take great exception to Marvin Schick using Judge Learned Hand as support for any kind of "tax cheating."

In the opinion Mr. Schick presumes to cite, Judge Hand said, "nobody owes any public duty to pay more than the law demands."

The law demands accurate reporting of one's income and expenses and does not condone cheating.  To imply otherwise, especially on the part of one who proclaims himself as having written the definitive study of Judge Hand's court, is an outrage."

Rabbi Cohen said you can cheat on your taxes. So does Marvin Schick.

In his latest fit of rank apologetics, haredi hack Marvin Schick attacks the Jewish Week for its story on Rabbi Cohen and tax evasion.

1. He calls the Jewish Week's tactics McCarthyism because the JW relied on anonymous sources for part of the story.

What Schick does not tell his readers is that the JW had not only the seven anonymous sources mentioned, it also had circumstantial evidence – the RCA's sudden, strange decision to close its Vaad HaPoskim made immediately after the RCA's membership passed a resolution against tax cheating and other types of crime and fraud.

Cohen sat on the Vaad HaPoskim, and it was clear from sources deep in the RCA that the Vaad was disbanded in order to quietly remove Cohen from a position of power due to his opinion on tax cheating.

2. Schick questions whether the story is news because Cohen's speech – reports of which were first published here on FailedMessiahmore than two years ago – took place so long ago:

…The larger issue concerns the story itself, if there is a story. There was no activity by Rabbi Cohen to trigger an article about what he may have said twenty-eight months ago, no new position or publication or pronouncement. If there was something to report, the time was shortly after Rabbi Cohen gave his Shabbos talk.…

The news Schick ignores it the RCA's closing of its Vaad HaPoskim, allegedly because of Cohen's ruling on tax cheating.

He also ignores the JW's new sources within the RCA and the fact that seven people who heard Cohen make that speech confirmed Cohen's position of tax cheating.

All of that is news. 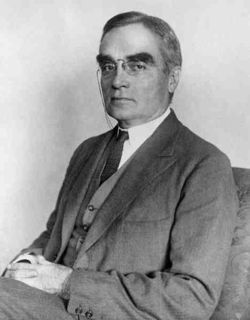 3. Schick tries to legitimize tax cheating in part by misrepresenting a source, a federal judge.

Here is how Schick cites the judge, followed by the judge's actual quote:

Schick goes on to talk about waitresses not declaring all their tips, implying Judge Hand meant actual tax evasion was permissible. But here is what Judge Hand actually wrote:

"Anyone may arrange his affairs so that his taxes shall be as low as possible; he is not bound to choose that pattern which best pays the treasury. There is not even a patriotic duty to increase one's taxes. Over and over again the Courts have said that there is nothing sinister in so arranging affairs as to keep taxes as low as possible. Everyone does it, rich and poor alike and all do right, for nobody owes any public duty to pay more than the law demands."

In other words, Judge Hand's actual quote in no way supports Schick's contention. 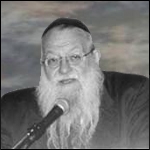 4. Schick contends Cohen is being smeared because Cohen serves as Ohel's posek, and the JW wants to get Ohel.
But Ohel has known about a series of pedophiles and has apparently not reported those pedophiles to police in violation of mandatory reporting law (and common sense). As Ohel's posek, Cohen would make the call on whether it was permissible to notify police or if such notification falls under mesira law and would then be forbidden.
Therefore, how Cohen sees Jewish law interacting with secular law is news.
Marvin Schick ignores this obvious point.
I could go on like this but why bother? As I've noted many times before, Schick is a vile man, a pathetic little worm who lies, cheats and smears his way through life.
The only real question is why the JW keeps taking his so often inaccurate and libelous ads.

Letters They Didn't Publish: A Misquote in Support of Thievery

Should a haredi community activist get away with misquoting a federal judge to protect a rabbi who said it's okay to steal?
Failed messiah was established and run in 2004 by Mr. Shmarya (Scott)Rosenberg. The site was acquired by Diversified Holdings, Feb 2016.