[Updated Audio Posted Below ] Former assemblyman Rabbi Samuel Hirsch says it's forbidden to "snitch." Dwek "should have been killed." Calls him "snitch," "weasel" and "rat."

[Audio is now Flash embedded and should work seamlessly in any browser or operating system.]

After Hirsch spoke, Albert Edery, a Syrian Jew, described as being "close" to Rabbi Shaul Kassin, tells Brenner he hopes the "Mafia" "gets" Dwek. 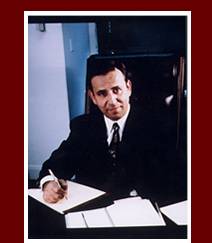 Samuel Hirsch, then Borough Park's state assemblyman, was involved in the 1979 Borough Park riot. Thousands of hasidim, enraged over the murder of an elderly Jew on Shabbos, stormed Borough Park's police station and trashed it, destroying records and damaging property.
Police and hasidim clashed. Dozens of police and a few hasidim were injured.
Hirsch was arrested and charged. Police claimed he injured an officer. That officer is Jewish and had served as an undercover decoy in the neighborhood, dressing as a hasid and walking alone in remote areas. He was twice jumped by antisemitic muggers and arrested both, sustaining injuries as he made those arrests.
In other words, Hirsch injured a Jewish cop – a cop who had previously risked his own life to protect other Jews.
Charges were eventually conditionally dropped against Hirsch, his aide and another rioter. The condition was that the men stay out of trouble for the next six months.
Hirsch misrepresents this on the Zev Brenner show last night and acts as if the court found the charges to be baseless. In fact, the opposite is true.
What you'll hear in this brief excerpt is Hirsch saying Solomon Dwek, allegedly the Cooperating Witness in the cases against Syrian rabbis, should be killed. He quickly catches himself and goes on to speak about the need to completely ostracize Dwek. It is unclear whether or not Zev Brenner heard Hirsch make the call for Dwek's murder:

When questioned by Brenner, Edery backed away from his statement and called for ostracism.

1. To haredim, the moser is a far worse criminal than the criminals he helped trap.

2. Everything possible should be done to make the moser pay for what he did. That stops short of murder only because the murdering a "moser" like Dwek might make things worse for the "community."

Here is last night's Zev Brenner Show in its entirety. The audio quality is higher here than in the brief excerpts posted above:

[Updated Audio Posted Below ] Former assemblyman Rabbi Samuel Hirsch says it's forbidden to "snitch." Dwek "should have been killed." Calls him "snitch," "weasel" and "rat."