We've had at least 50 false messiahs. The common bond between them is an attempt to explain tragedy in a mystical or redemptive way.

Shabtai Zvi, a false messiah of the 17th century, was born on Tisha Be'av 5386 (1626). During the Inquisition and after the expulsion from Spain (which occurred on Tisha Be'av), many people turned to Kabbala and mysticism, became despondent because of the terrible tragedies, and a tension grew between those who sought stricter halacha and those who resisted authority or wanted halacha to continue evolving. 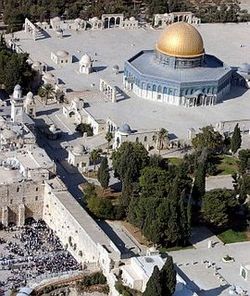 Due to the tragedies that seemed biblical in their scope, many rabbis of the period declared the messiah's arrival was imminent, providing long proofs and even mathematical computations. Many false messiahs arose, like Solomon Molho, each leading to further suffering, shame and schism. But the fervor would return after each disappointment.

MAIMONIDES wrote in his introduction to the Mishna Torah that people were confused and no longer abiding by halacha, not enough students were in yeshivot and heresy was spreading. Other sages concurred, but sometimes would praise their communities as shining beacons of hope and piety.

The scholars of Yemen throughout the 14th to 16th centuries agreed that many had become less observant. For example, they argued about how to recite kiddush, and complained that nearly no one was tithing the first fruits (since the problems were so widespread, they said few Jews could be reliable witnesses).

In the 17th century there were still those who were skeptical of rabbinic authority and questioned halacha (some became Karaites, and others thought that halacha was becoming stagnant or too strict, rather than progressing with the times and promoting compassion). 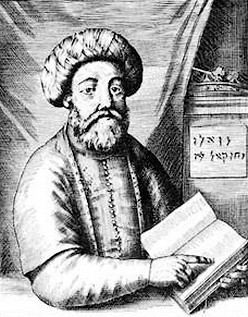 ENTER SHABTAI Zvi, who pronounced God's name in public and started declaring certain halachot invalid, while also pronouncing Tisha Be'av and other days of mourning as celebratory days. He eventually converted to Islam and the messianic fervor lost its hold. Muslims and Christians chided the Jews and inflicted suffering on them for having stopped working at their trades and for causing uprisings. It was another terrible tragedy for the Jewish people.

The common denominator in periods when false messiahs have arisen was messianic fervor. Messianism is typically characterized by intense feelings of personal and collective suffering/persecution, mysticism (such as the idea that the sons of light have begun a final battle against the forces of darkness) and by a deep need for someone else (a savior) to fix life's problems.

There's massive discontentment and near hopelessness, accompanied by a desire for personal activism that can be ignited by charismatic leaders. 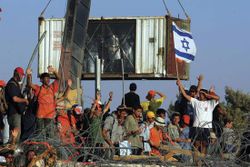 If there is one thing we can learn this Tisha Be'av and really remember, it is that whenever people are "absolutely sure" the messiah is going to arrive, that is when false messiahs have made things worse. In fact, any time people are absolutely sure about anything is a time to learn humility.

TODAY'S situation is not much different than in those preceding generations, which should be cause for deep introspection. In fact, we are entering the "perfect storm" of messianism, that can sweep up so many and cause violence between those who believe and those who don't. When the world is at peace, then we can know with certainty we are in the Messianic Era. 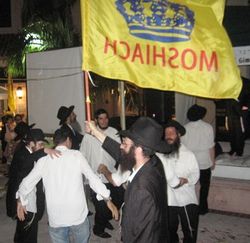 Magical incantations, the promise of instant solutions and taking esoteric literature literally has many times caused a buildup of false hope and unrealistic expectations, exacerbated fear and anger, and allowed excuses and justifications for inexcusable behavior. Our sufferings, rather than causing us to become insular, can help us become more compassionate people, who look for opportunities to benefit others. Rather than worrying about future salvation, we can instead focus on doing good in the here and now.

The haftara of Shabbat Chazon reminds us that if we want to come closer to God, the first step is the creation of a just, peaceful and loving society. God stresses justice and compassion toward His creations; this is the focus and kavana we've been commanded to have.

This Tisha Be'av, let's learn from our mistakes, like the tragedy of following false messiahs. Rather than focusing on others' angers/fears or our own suffering, or on anything that causes despair, we can instead be like Abraham, who rushed to perform mitzvot even for idolaters. A tragedy need not become a festering wound, as it can help us look outward instead, toward doing the right thing even when it is extremely difficult or dangerous, to remain peaceful, loving, inclusive, compassionate and gently-coaxing people.

The writer is a Jerusalem-based freelancer who has worked for government agencies and NGOs in California.

We've had at least 50 false messiahs. The common bond between them is an attempt to explain tragedy in a mystical or redemptive way.