Bruce Springsteen and the Syrian Jewish Community of Deal, NJ 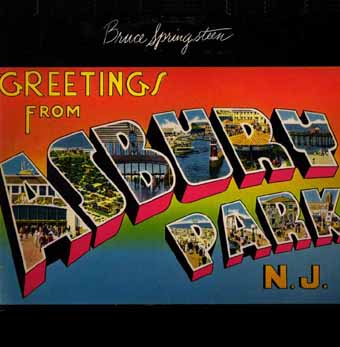 Sandy, the fireworks are hailin' over Little Eden tonight
Forcin' a light into all those stony faces left stranded on this warm July
Down in town the circuit's full of switchblade lovers, so fast, so shiny, so sharp
As the wizards play down on Pinball Way on the boardwalk way past dark
And the boys from the casino dance with their shirts open like Latin lovers on the shore
Chasin' all them silly New York virgins by the score

Sandy, the aurora is risin' behind us
Those pier lights, our carnival life forever
Oh, love me tonight, for I may never see you again
Hey, Sandy girl... my baby

Now the greasers, they tramp the streets or get busted for sleepin' on the beach all night
Them boys in their high heels, ah Sandy, their skins are so white
And me, I just got tired of hangin' in them dusty arcades, bangin' them pleasure machines
Chasin' the factory girls underneath the boardwalk, where they all promised to unsnap their jeans
And you know that Tilt-a-Whirl down on the south beach drag? I got on it last night and my shirt got caught
And it kept me spinnin', they didn't think I'd ever get off

Sandy, the aurora is risin' behind us
Those pier lights, our carnival life on the water
Runnin', laughin' underneath the boardwalk with the boss's daughter
I remember, Sandy girl... my baby

Sandy, the waitress I was seein' lost her desire for me
I spoke with her last night, she said she won't set herself on fire for me anymore
She worked that joint under the boardwalk, she was always the girl you saw boppin' down the beach with the radio
Kids say last night she was dressed like a star in one of the cheap little seaside bars, and I saw her parked with her lover boy out on the Kokomo
Did you hear, the cops finally busted Madame Marie for tellin' fortunes better than they do?
For me this carnival life's through-- you ought to quit this scene too

Sandy, the aurora is risin' behind us
Those pier lights, our carnival life forever
Oh, love me tonight and I promise I'll love you forever
Oh, I mean it, Sandy girl 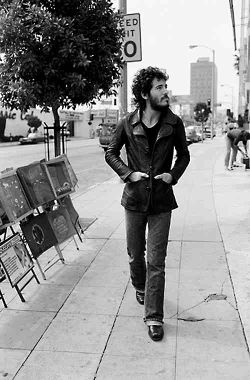 [S]aid the reference is to the Syrian Jewish community's Casino Beach Club – and not the Casino on the boardwalk, which many websites refer to.

It makes sense, cause its talking about the dances – and the virgins are the girls coming from Brooklyn down to Deal.

Is it true? I don't know. But it certainly could be.
Here's a great video of Springsteen singing Fourth of July, Asbury Park on September 19, 1978 at the Capitol Theater in Passaic, NJ.
But, don't forget – it's Erev Tisha B'Av. You can bookmark this post now and come back to watch and listen after the fast is over Thursday night.

Bruce Springsteen and the Syrian Jewish Community of Deal, NJ

Syrian Jews in Deal mentioned in an early Springsteen song?
Failed messiah was established and run in 2004 by Mr. Shmarya (Scott)Rosenberg. The site was acquired by Diversified Holdings, Feb 2016.