'FBI sting was a case of anti-Semitism'
Matthew Wagner , THE JERUSALEM POST

Anti-Semitism was behind the highly publicized arrests last week of rabbis, including three from the Aleppo-Syrian Jewish community in New York and New Jersey, according to Yitzhak Kakun, editor-in-chief of the Shas weekly Yom Le'Yom.

"There is a feeling here that the FBI purposely attempted to arrest as many rabbis as possible at once in an attempt to humiliate them," Kakun said in a telephone interview Sunday.

"Regardless of the details of the case - I am not familiar with the precise charges and the evidence - you would never see the FBI and police behaving that way with Muslim sheikhs or Christian priests. It is so obvious that the whole thing is motivated by anti-Semitism," he said.

Kakun added that he planned on devoting the editorial of his paper to an attack on the Obama administration for attempting to whip up anti-Semitic feelings against the Orthodox Jewish community in the US. 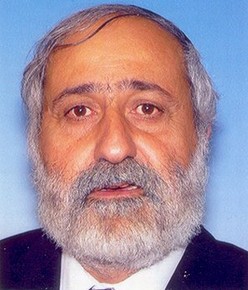 Meanwhile, Shas MK Nissim Ze'ev said US police authorities had deliberately created the false impression that members of the Aleppo community were somehow connected with organ trafficking and extortion, when in reality their only crime was money-laundering.

"The US police are trying to make it seem as though there is some kind of Jewish mafia," he said.

Ze'ev was referring to impression some media outlets had given by calling the group of rabbis involved the "Kosher Nostra," a play on the words "Cosa Nostra."

He also rejected any special connections between Shas and the Aleppo Jewish community in the US.

"Saul Kassin [one of the suspects in the money-laundering scheme] is a man who contributes to many different causes, many of them very Zionistic," said Ze'ev.

"He helps various charitable institutions in Israel and he has also helped fund IDF projects," added Ze'ev. "We are not talking about a community that is particularly supportive of Shas. They are much more Zionist and nationalist."

Members of the Aleppo Jewish community who were arrested on suspicion of money laundering are Eliyahu Ben-Haim, rabbi of Congregation Ohel Yaacob in Deal, New Jersey; Edmond Nahum of the Deal Synagogue; and Saul Kassin of Shaarei Zion Synagogue in Brooklyn.

Ben-Haim is known to have ties to Yehaveh Da'at, a Torah institution headed by Rabbi David Yosef, the son of Shas mentor Rabbi Ovadia Yosef. Members of the Aleppo community contributed to the construction of its large building, located near the elder Yosef's home in Jerusalem's Har Nof neighborhood.

Another man, Levy Izhak Rosenbaum of Brooklyn, was charged with allegedly acquiring and trading in human organs.

Ze'ev claimed there was no connection between the members of the Aleppo community and the others, besides their mutual connections with Solomon Duek, an Aleppo Jew charged with bank fraud in 2006 who apparently turned FBI informant.

Revelations regarding the money-laundering came after the haredi community in Israel had been the subject of several negative media reports.

In recent weeks, a haredi woman from Beit Shemesh known as the "Taliban mother," due to her custom of wearing multiple layers of clothing and covering all parts of her body, including her face and hands, was convicted of child abuse.

Meanwhile, another haredi woman from Jerusalem's Mea She'arim neighborhood was accused recently of starving her three-year-old son. Her arrest sparked a string of violent street demonstrations and clashes between groups of haredim and police in the capital.

Moshe Grylak, editor-in-chief of the haredi weekly Mishpacha, said the recent spate of bad publicity had put the haredi community in Israel on the defensive.

"The secular population is convinced we are a bunch of Talibans who starve their children and money-launder," said Grylak, who argued that the local media had broken the rules of journalistic ethics by labeling the perpetrators as haredi.

"And on top of it all, we are also a bunch of parasites who don't work," he said. "It's been a tough time for us. And Tisha Be'av is just around the corner."

Grylak added that the FBI had purposely created a media fanfare around the US incident in an attempt to cover up the bureau's failures in uncovering the Madoff scam.

"It was obvious they were trying to prove something, trying to show they were capable," he said.

Both Grylak and Ze'ev were concerned about possible anti-Semitic repercussions from the incident.

"After Madoff, now there is this. I'm frankly concerned about the rise of anti-Semitism in the US," said Grylak.

The FBI was not responsible for investigation Madoff, the SEC was.

Past that, i think the following link tells us a lot about why Shas is screaming antisemitism. If reports are true, their nonprofits could be stripped of US nonprofit status. Worse than that, some Shas officials may end up being indicted: