Annals of Halakha: Veggies' Kashrut to be Revoked for Overuse of Pesticides, Chief Rabbi Says

The Chief Rabbinate is embarking on a new initiative to revoke kosher certificates from fruit and vegetable growers who overuse pesticides, according to a new effort pushed through by Chief Rabbi Yona Metzger.

The rabbi intends to convene a meeting of the rabbinate's kashrut committee to discuss the issue. Metzger plans on meeting relevant officials in the health and agriculture ministries ahead of the meeting. If the initiative is authorized, it will be the first time the Chief Rabbinate stipulates conditions not directly related to kosher laws for the issuance of a kosher certificate.

In recent weeks, the Chief Rabbinate has been waging a battle against a number of vegetable growers who grow insect-less leafy vegetables, a condition that gains them a higher level of kashrut.

According to Rabbi Shmuel Eliyahu, chairman of the Chief Rabbinate's committee on the kashrut of leafy vegetables, some of the growers prevent the presence of insects on their produce by "spraying insecticides in insane quantities," instead of using tailored growing methods. 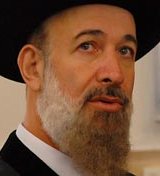 Within the context of his efforts to fight the phenomenon of over-spraying pesticides, Rabbi Eliyahu met with Chief Rabbi Metzger on Monday to reiterate to him that such behavior is not only inefficient in keeping pests away, but also endangers the consumer. He explained that the pesticides do not reach all areas of the fruits and vegetables on which they are sprayed, such that the presence of insects remains high. He emphasized that the sprays are toxic chemicals that are not removed by standard household washing.

In response, Metzger said that he has recently been looking into the option of removing the kosher certificates of companies and farmers who attempt to battle insects with over-spraying or use of forbidden chemicals instead of growing their produce in greenhouses or other various techniques that effectively treat the problem.

The chief rabbi added that he intends to pass a decision on the issue through the Chief Rabbinate's kashrut committee, but emphasized that he first will consult with the relevant officials in the health and agriculture ministries. The Chief Rabbinates has already established a team to examine the issue together with the government ministries and to put together new kashrut protocols. 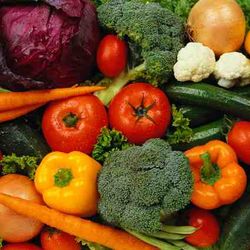 The Rabbinate will discuss with the health and agriculture ministries the option of gaining up-to-date access to statistics on the quantities and types of insecticides being used during each harvest.

Rabbi Metzger is confident that the extended stipulations for obtaining a kosher certificate will stand up in the High Court. He has emphasized that he is aware that the move is unprecedented, but believes that it will authorized because of the health hazards involved in eating fruits and vegetables that have been over-sprayed, making the issue "a purely halachic consideration."

"Such fruits truly endanger those who eat them. You cannot grant kashrut to poison," he said.

Annals of Halakha: Veggies' Kashrut to be Revoked for Overuse of Pesticides, Chief Rabbi Says

Some "bug free" kosher supervised growers prevent the presence of insects by "spraying insecticides in insane quantities."
Failed messiah was established and run in 2004 by Mr. Shmarya (Scott)Rosenberg. The site was acquired by Diversified Holdings, Feb 2016.