Annals of Halakha: No Glatt Kosher For Jailed Recalcitrant Husband 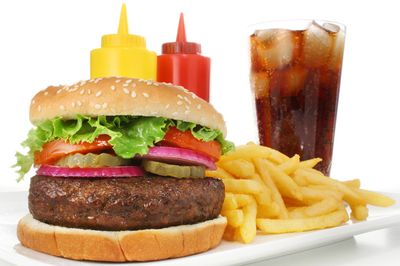 Jailed because he refused to give his wife a Jewish divorce, husband was denied glatt kosher meals by Israel's High Rabbinical Court in an effort to force him to comply. Instead, he goes on hunger strike rather than eat regular kosher food.

The Great Rabbinical Court has ordered the Israel Prison Service to deny a jailed long-time recalcitrant husband glatt kosher meals, as means to pressure him into granting his wife a divorce.

In response the man declared a hunger strike and is currently being fed intravenously.

The couple got married 10 years ago, and two years later, after they already had two children together, the two separated and have been living apart ever since.

When they filed for a divorce with the rabbinic court it seemed that both sides were interested in a quick procedure, and the husband even stated at the time that he did not want to see his wife ever again.

But since then, and for the last eight years, the man has come up with various arguments and demands that have prevented the divorce from being finalized.

As the situation got more and more complicated, the woman agreed to give up alimonies, and visitation rights have been agreed upon. But the husband continued in his attempts to blackmail the wife.

Sanctions fail
The case was finally handed over to the Great Rabbinical Court, where the judges soon ruled that the man was in fact a recalcitrant husband, who is not genuinely interested in a divorce. "This situation must be put a stop to," they said in their verdict.

The court then sentenced the man to five years in prison, of which he has already served two. However, even after he was incarcerated, the man continued to present demands and conditions to his wife in return for a divorce.

Having used up most of the sanctions available to them, the judges then came up with a new idea. They ordered the IPS to take the man out of the religious wing in which he was being held, put him in solitary confinement for two weeks, and stop providing him with strictly kosher meals.

But it seems that the stubborn man is willing to do anything but grant his wife her freedom. In recent days he has been on a hunger strike in protest of the change in his food's kashrut kevel, and the wardens were forced to forcefully put him on IV.

Most notable to me is the length of time the man spent out of jail, refusing to give his wife a get – 6 years. Six years is a long time in a woman's life, and no one can give her those years back

Posted at 12:12 AM in Halakha, Haredim, Israel, Women & Judaism | Permalink

Annals of Halakha: No Glatt Kosher For Jailed Recalcitrant Husband

Jailed because he refused to give his wife a Jewish divorce, husband was denied glatt kosher meals by Israel's High Rabbinical Court in an effort to force him to comply. Instead, he goes on hunger strike rather than eat regular kosher food.
Failed messiah was established and run in 2004 by Mr. Shmarya (Scott)Rosenberg. The site was acquired by Diversified Holdings, Feb 2016.