« Another Myth Dashed, Just In Time For Tisha B'Av | Main | Rabbi Yehuda Kolko's Very Excellent Summer Vacation:Kolko Gets Kicked Out Of One Bungalow Colony But Is Welcomed With Open Arms In Another »

A Tisha B'Av Mystery:
Are We Fasting On The Wrong Day?

Or are we fasting for a reason different from the one we have been told?

It never happened (that day)
UZI SILBER , THE JERUSALEM POST

I was never a great mourner; my father died 16 summers ago, yet I've only visited the cemetery once. Moreover, pilgrimages to the graves of the holy throughout Israel, Eastern Europe and elsewhere have always struck me as un-Jewishly macabre.

I'm no big faster either. Though refraining from food and drink on Yom Kippur, I do so not as a sign of penitence before a terrifying deity but as a means of identification with the Jewish people. However, this tradition of personal mortification has never been extended to lesser fast days such as the 10th of Tevet, the 17th of Tammuz, the Fast of Gedalia or the upcoming Ninth of Av, all of which recall events surrounding the destruction of the Temple. 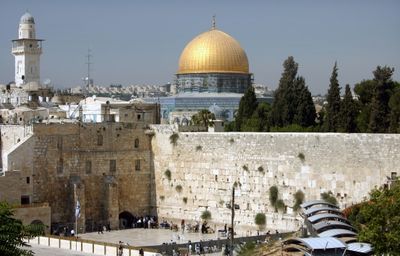 The latter date nominally commemorates the destruction of the First and Second Temples in 586 BCE and 70 CE respectively. I say nominally because contrary to popular belief, the two Temples were definitely not destroyed on Tisha Be'av.

ACCORDING TO Kings II (25:8), the First Temple was destroyed by the Babylonians, not on the Ninth of Av, but on the seventh, while Jeremiah (52:12) places the event on the 10th - a date which somehow coincides with the one reported for the destruction of the Second Temple by the Romans almost seven centuries later.

So if the Temples weren't destroyed on Tisha Be'av, what if anything did happen on that day? Tradition avers that Tisha Be'av marked the defeat of the second revolt against Rome around 135 CE, and the flattening of Jerusalem by the Emperor Hadrian exactly a year later.

In time, additional calamities were pinned on Tisha B'av, including the First Crusade, the expulsion of the Jews from England and Spain, World War I and the bombing of the Jewish community center in Argentina. But why blackball the Ninth of Av when every single day of the Jewish calendar features some national disaster? It seems Tisha Be'av was observed as a sort of folk fast day long before the destruction of the First Temple. A distant echo of this is found in a mishnaic legend: God cursed this day when the still desert-bound Israelites cried over the depressing report of the spies returning from a scouting journey to Canaan.

At the same time, the fast is followed six days later by Tu Be'av, the 15th of Av - a joyous midsummer festival of partying in the vineyards under the full moon.

Tu Be'av is only one of several new moon festivals, the others being Succot, Pessah, Tu Bishvat and Purim, all of which have pre-Israelite origins. It seems that early Semitic peoples observed such fast-feast combinations, with the fast occurring on or around the ninth of a lunar month, followed six or so days later by a festival on the full moon. Among Jewish holidays, then, the ninth and 15th days of Av are one example of this fast-feast combination, while Yom Kippur and Succot seem to be another.

As for me not fasting on Tisha Be'av, I'm in good company. The Bible portrays the prophet Zechariah, who lived during the early Second Temple period, as being ambivalent regarding the minor fasts, intimating that such days would soon be abolished.

And then there's Judah Hanassi, editor of the Mishna and one of our greatest sages, who lived decades after the second Jewish revolt of 135. Judah, a Galilean who was as wealthy as he was learned, was a valued friend of Emperor Marcus Aurelius. It is related that Judah wished to abolish the fasts commemorating the destruction, as well as the feast of Purim, to engender better ties between Jews and Romans. Despite his stature, Judah's contemporaries rejected his suggestions.

If they hadn't, the memory of the catastrophe would have been lost to history, perhaps along with the Jewish people themselves. For it is this very day of despair that catalyzed a beaten but stubborn nation to actualize the rebuilding of Zion in our own time. Whatever the exact date that the Temples were destroyed, many thousands of Jews will gather at their remnants as they have on hundreds of Tisha Be'avs before, to recall a profoundly formative event in the life of our people.

The shadow of this day looms from the golden walls of the Judean foothills to the white city by the sea: With the fast looming some years ago, I looked on with some amusement as annoyed Jewish restaurateurs along Tel Aviv's Rehov Dizengoff scrambled to shut down before sunset, under the dire threat of a hefty fine.

Yet the silence that soon descended that evening on the usually buzzing cafe-lined drag seemed so right, even to this non-faster.

The writer is a New York-based author and research analyst. He is writing a graphic novel about life and loss on the Lower East Side.

A Tisha B'Av Mystery:
Are We Fasting On The Wrong Day?

Or are we fasting for a reason different from the one we have been told?
Failed messiah was established and run in 2004 by Mr. Shmarya (Scott)Rosenberg. The site was acquired by Diversified Holdings, Feb 2016.