« THOUSANDS OF HAREDIM RIOT | Main | Why Is Sholom Rubashkin (Jr.) Not In Prison? »

RABBI ADIN STEINSALTZ: The Rebbe is "Like Elijah the Prophet" "Almost a Supernatural Being"

Of course, Elijah the Prophet did not die…

…The Rebbe is unlike so many heroes whose biographies you can’t sell a year after they’ve died. The Rebbe remains a very active figure even though he doesn’t move with us in this world. 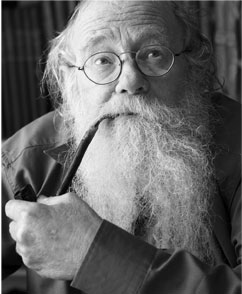 When the Rebbe was alive, he was not just a spiritual leader; he was in many ways, a king, a commander of an army, and he made people move.

We’re not really uncovering new stories about details or parts of his life. Instead, what appears is a picture of an individual who is almost a supernatural being.

Watch the entire interview posted above for more.

Posted at 05:10 AM in Chabad, Chabad & Christianity | Permalink

RABBI ADIN STEINSALTZ: The Rebbe is "Like Elijah the Prophet" "Almost a Supernatural Being"

Of course, Elijah the Prophet did not die…