"We are not in the Middle Ages, when wearing pronounced Jewish symbols was prohibited…" 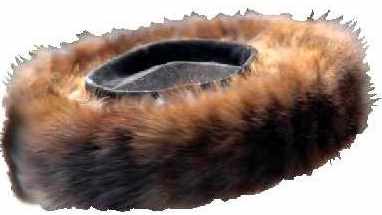 A bill meant to protect animals from abuse and cruelty that was passed at the Ministerial Legislation Committee on Monday has outraged ultra-Orthodox Knesset members who fear it could severely affect the local shtreimel market.

According to the motion to amend the Cruelty to Animals law, which was submitted by Kadima MK Ronit Tirosh, the importation from East Asia (and mainly China) of fur or textile products made out of the hair of dogs, cats or rabbits will be banned and punishable by a one-year prison sentence.

Tirosh wrote that about 2 million animals are slaughtered each year for the sole purpose of skinning them for their fur and they sometimes get skinned alive. "We as a society must try and prevent this unnecessary murder," the motion stated.

Agriculture Minister Shalom Simhon, whose office is in charge of implementing the law, even recommended expanding the bill to include fur of wild and domesticated animals from around the world.

'We're not in the Middle Ages anymore'
The ultra-Orthodox factions are worried that such legislation could put an end to the selling of shtreimels – the traditional Hasidic fur hats worn by haredim, in Israel.

At a coalition administration meeting held Monday MK Menachem Eliezer Moses (United Torah Judaism) said that "it would be unthinkable to support a bill that forbids the import of products for such important, clearly religious purposes.


"We are not in the Middle Ages, when wearing pronounced Jewish symbols was prohibited, and I call on Tirosh and the Ministerial Committee to grant my request and amend the bill accordingly."

Moses stressed that he supports the bill in principle, but wants to introduce one exception to the law, allowing the import of fur for religious use into the country.

The ridiculous fur hat you wear came about because your ancestors were not allowed to dress like the nobility of the country they lived in. So they adopted the dress of nobility from neighboring countries
A shreimel has no holiness and it is not native Jewish dress any more than a black fedora is. It is simply the preferred head-covering of a small number of geographically isolated Jews living in a cold climate during a small sliver of time.
Moses did not wear a shreimel. Neither did King David or Elijah the Prophet or Ezra or any of the Sages of the Mishna and Talmud. And neither did the Geonim. Sefardim didn't wear them. Neither did many Ashkenazim.
You think it's holy because 150 years ago a rebbe wore one, and for haredim like you time (and most halakhic thought) stops with the founder of your particular sect.
You want to wear a fur hat in 90º Jerusalem weather? Fine. Just do not expect the rest of us to call you holy or sane for doing so.

Posted at 04:07 AM in Abdication, Haredim, History, Israel | Permalink

A Haredi 'History' Lesson
"We are not in the Middle Ages, when wearing pronounced Jewish symbols was prohibited…"
Failed messiah was established and run in 2004 by Mr. Shmarya (Scott)Rosenberg. The site was acquired by Diversified Holdings, Feb 2016.