Stuart Wax did the deed in April 2003. The case against Wax was first opened April 2, 2009, and the feds got the plea the same day.

Wax and his company could be fined $750,000, although the government is recommending a fine that is much less – well below $10,000, because Wax stopped committing the crime before the feds even knew about and, once detected, he cooperated fully with the government. Wax is currently on on supervised release.

I once worked on an entertainment project with Wax, whose real business is (or, at least, was) music production and promotion. In the late 1980s, I realized the coming Passover was the 3300th from the original Exodus following the now traditional count. The plan was to get Rabbi Manis Friedman on Oprah – Friedman declined – and do other significant PR, including a magazine celebrating the anniversary that would have been mailed to millions of Jews, and a concert featuring Orthodox music groups and leading secular Jewish musicians.

But I had trouble getting Orthodox support for the project, other than Wax and Rabbi Meir Abehsera, who thought it was a wonderful idea and had me call Wax for help.

Then the Rebbe spoke in a farbrengen about the anniversary, and Chabad adopted the idea – but not us.

Chabad's big commemoration turned out to be a couple of lines of small print added to an already made Lubavitch Youth Organization Passover brochure, and a special section I published in Jewish Students of America with the help of Rabbi Menachem Schmidt.

Anyway, it's sad to see Wax go down.

What follows are a few pages from the plea agreement. To read the whole thing, please download the PDF file posted below. 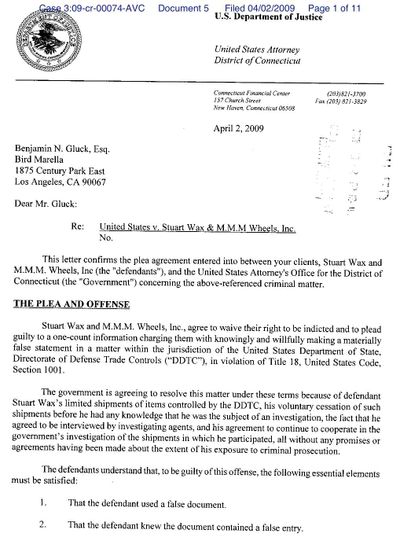 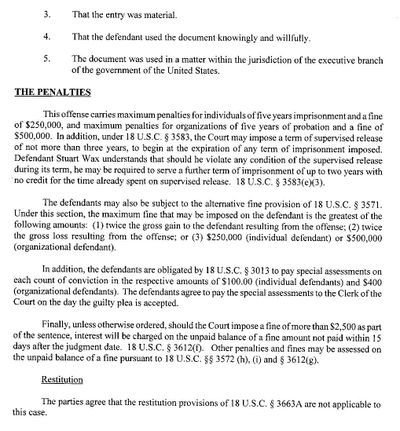 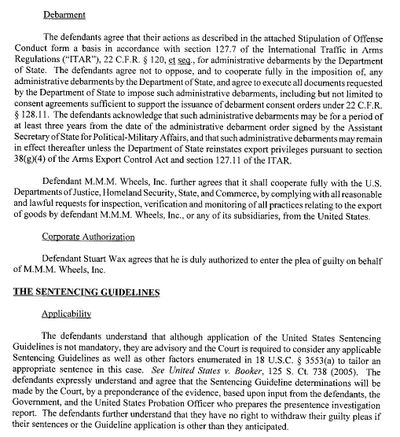 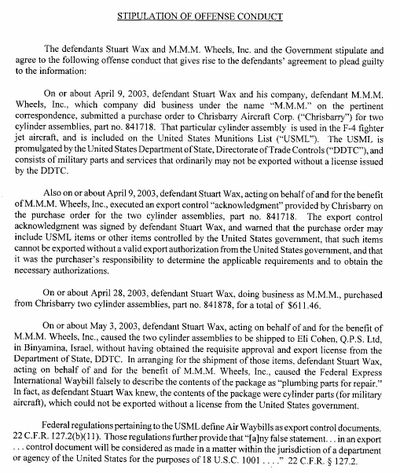