Cult under his leadership tortured and mutilated small children. 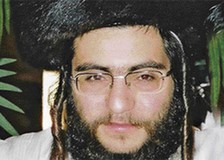 Self-proclaimed rabbi who fled to Brazil after being charged with ordering a follower to inflict 'corrective' physical, emotional, mental damage on her children, to return to Israel to stand trial
Aviad Glickman, Ynet

Self-proclaimed "Rabbi" Elior Chen, who fled Israel to Brazil last year after being accused of instructing one of his followers to beat her child to the point of permanent brain damage, will be extradited to Israel, the Justice Ministry said Friday.

According to Justice Ministry sources, the extradition order must be signed by the Brazilian justice minister, and Chen should be scheduled to land in Israel in up to six weeks' time, after Israel Police officials and prosecution representatives leave to Brazil to coordinate his extradition with local authorities.

Chen allegedly ordered a mother from Beitar Ilit to inflict severe emotional, mental and physical harm on two of her children, aged three and four-years-old, under the guise of "legitimate educational values" in the start of 2008. The three-year-old suffered permanent brain damage.

The indictment filed in the case listed a number of horrendous acts prescribed by the rabbi as "corrective" education.

The "corrections" included shaking, beating, binding, burning and force-feeding the children their excrements, all carried out with the goal of "extracting the demons ands parasites that live in the children".

As soon as the investigation against him was launched, Chen fled the country and an international arrest warrant was issued against him. Some two months after his escape, Chen was found wandering the streets in Sao Paulo, Brazil and was arrested.

The "rabbi" was transferred to the city's federal police headquarters and refused to return to Israel.

His lawyers argued that despite the extradition treaty between the two countries, the Israeli authorities' request must not be granted, since Beitar Ilit is located in the West Bank – "Occupied territory that is not subject to the Israeli justice system."

The Israeli Justice Ministry responded to the Brazilian authorities saying Beitar Ilit was indeed subject to Israeli law and that the defense's claims should be rejected.

The Brazilian supreme court ruling to have Chen extradited was made unanimously on Thursday, after an extradition request was filed by the State Prosecutor's Office department for international affairs.

Brazil's Supreme Court on Thursday ordered the extradition of Rabbi Elior Chen to Israel where he will stand trial on charges of child abuse, the Justice Ministry said on Friday.

Chen, the suspected ringleader and spiritual mentor in one of the worst child abuse cases in Israeli history, was arrested in Sao Paolo on June 3 after his local lawyer called Brazilian police with information about his whereabouts and had been fighting his extradition from Brazil since.

Israel and Brazil do not have an extradition treaty but law enforcement officials have been working hand-in-hand since an international warrant for Chen's arrest was issued in April 2008, when Justice Ministry had said that Chen could be extradited to Israel 'in the coming weeks' if he did not mount a protracted legal battle.

Chen and his followers are suspected of savagely and systematically beating two brothers, aged three and four, with hammers, knives and other instruments for months, until the younger boy lost consciousness in March.

They are also suspected of the severe abuse of other children in the family.

The three-year-old suffered permanent brain damage as a result of the abuse he suffered at the hands of his mother and her companions, and is expected to remain in a vegetative state for the rest of his life.

Chen had fled the country just as police uncovered the abuse case, traveling to Brazil via Canada with his own family.

He turned himself in to Brazilian police on June 3 to avoid besmirching the local Jewish community, who were getting bad press as a result of the case, his lawyer said.

Five people, including the children's mother, have already been indicted.

The mother forced her children to eat feces, locked them in a suitcase for three days - letting them out only for brief periods of time - repeatedly beat, whipped, and shook them, burned their hands with a lighter and a heater, and gave them freezing showers, according to the charge sheet.

The mother and Chen and his 'educators' are also suspected of pouring salt on the three-year-old's burn wounds, stuffing his mouth with a kippa and sealing his mouth with masking tape, and giving the children alcoholic drinks until they vomited.

Etgar Lefkovits contributed to this report.

Cult under his leadership tortured and mutilated small children.