« Rabbi Suspended After Demanding Dummy Modesty | Main | EXCLUSIVE: Rubashkin Alleged To Have Violated Conditions Of His Release, May Face Incarceration » 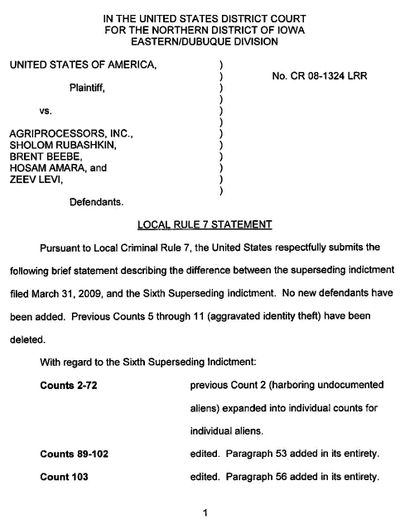 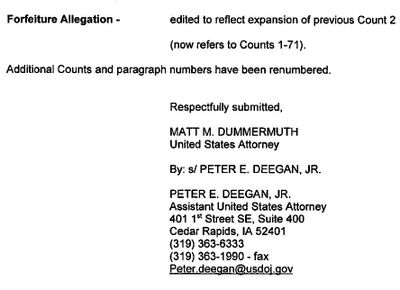 The superseding indictment filed Thursday in U.S. District Court in Cedar Rapids replaces a previously filed 79-count indictment. The new filing adds 70 counts of harboring and aiding and abetting the harboring of undocumented aliens for profit. It dismisses 7 counts of aiding and abetting identity theft and consolidates many previously filed charges against Agriprocessors Inc., Rubashkin and three other former managers at the plant.

The charges are the result of an investigation that began in October 2007 and has continued since the May 12, 2008 immigration raid at the Postville plant that resulted in the arrest of 389 people.