BREAKING! Only 3 Bidders Vie For Agriprocessors – Bids All Very Low

At least one bidder has ties to Rubashkin.

Maximum bid at this point is 5.1 million by T5.

EXCLUSIVE: Kosher Standards appears to be kosherstandard.com, which is owned by K.I.P. holdings, which is based in Crown Heights, Brooklyn and which shares an address with Skyline Capital – which seems to be the Rubashkin shadow company involved in the Allentown textile mill mortgage flipping that eventually got Moshe Rubashkin and his son convicted of federal crimes. (Please see below.)

I can't find details on Natural Source, but I believe it may be an arm of Soglowek.

Exclusive: T5 is the Ghermazian brothers, the Iranian Orthodox Jews who own among other things the Mall of America. The Ghermazians are close to Chabad and have a business associate who has done small scale kosher meat retail for them in the past. This associate is close to the Rubashkins, as well.

With regard to venture capital investments, Triple Five is interested in high-growth opportunities and generally seeks to invest in companies that have significant recurring revenues, as well as a reasonable path to profitability.

On the private equity side, Triple Five focuses on control investments or buyouts of companies with strong management teams and outstanding growth prospects. Triple Five looks for companies that have unique or interesting products with a defensible business model and are also interested in companies which may be in financial distress or bankruptcy, provided the above criteria are met. Ira J. Perlmuter heads Triple Five’s efforts in this regard…

Here are the details on Kosher Standard(s): 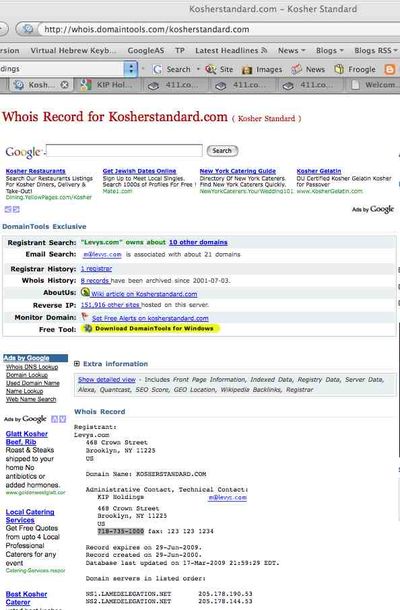 The phone number listed for Kosherstandard.com is 718-735-1000. A reverse address search of that number gives us an address: 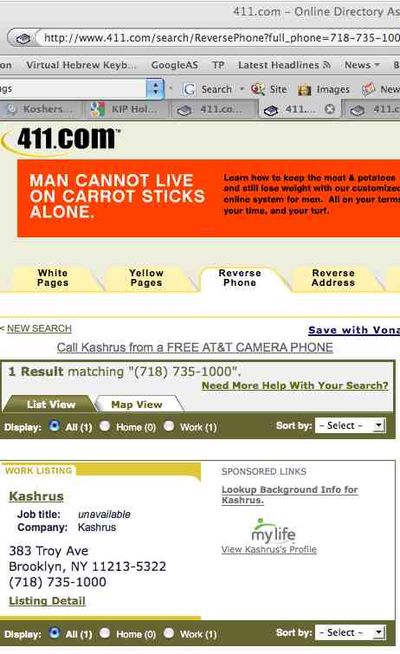 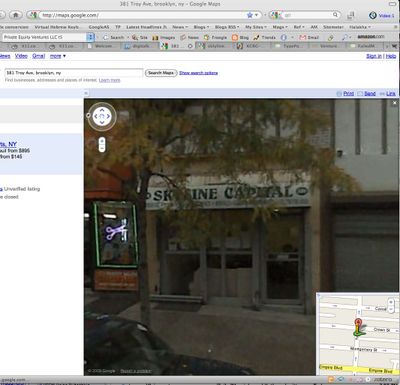 Skyline was the company said to be the mortgage holder of the Montex mill property actually owned by Moshe Rubashkin. Moshe son claimed to be "Sam Sternberg" of Skyline. That got him indicted.

4:55 PM – My source tells me T5 is still in, but it's affiliate, Private Equity Ventures LLC, has dropped out.

6 PM – Private Equity Ventures LLC came back and bid $1 million by itself. Auction continues at 9 AM followed by the hearing.

Both MLIC and First Bank bid on their own debt, MLIC $6.5 million, First Bank $20 million. The idea is the other bids are far too low and the lenders will force Agriprocessors into Chapter 7 liquidation.

BREAKING! Only 3 Bidders Vie For Agriprocessors – Bids All Very Low

At least one bidder has ties to Rubashkin.