BREAKING! Soglowek's Bid For Agriprocessors In Conjunction With Unnamed "Long Time US Partner"

Soglowek to bid for biggest US kosher meat company
Israeli meat products manufacturer said to be one of dozen companies bidding in tender to buy Agro Processors that recently went into receivership
Navit Zomer, Ynet 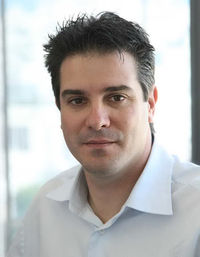 Israel's Soglowek Industries announced that it intends on bidding for the controlling interest in Agro Processors, the largest kosher meat manufacturer in the United States.

Agro Processors' turnover in 2008 came to $300 million, mostly derived from sales in the ultra-Orthodox market in the US. Nevertheless, the company has recently encountered some financial difficulties, and has gone into receivership, hence the sale.

So far, 12 companies have entered bids in the Agro Processors tender.

Soglowek has reportedly employed a special team in the US, performing financial due diligence on Agro Processors. The final offers for the company have to be handed in by March.

Should Soglowek be the one to win the tender, this would be a significant breakthrough into the US market for the Israeli company.

The move is being spearheaded by the company's CEO Eli Soglowek. "We are in the early, financial due diligence phase of the Agro Processors deal. We intend to pursue it along with a long-time US partner of the company, who will be providing some of the financial backing.

"Soglowek will soon be naming an official pointman for the project, who will be seeing it through… Should we win the bid, we intend on expanding the company's portfolio to go beyond the haredi market," he added.

Put simply, Agriprocessors trustee Joseph Sarachek should immediately reveal the name of this US partner. Postville has the right to know, and we all have the right to make sure that partner is not Rubashkin-related.

BREAKING! Soglowek's Bid For Agriprocessors In Conjunction With Unnamed "Long Time US Partner"