Just In Time For Hanukkah? Rebbe Coin Minted In Israel

One of the things archeologists almost never find are… 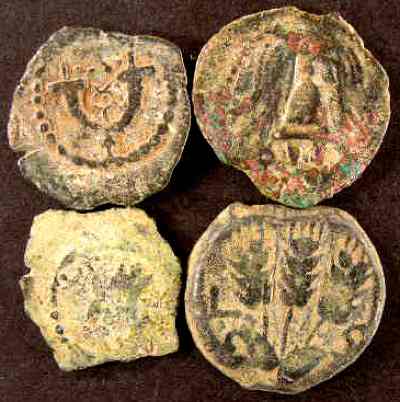 …Jewish coins from the Land of Israel bearing the likeness of a person.

The idea in ancient times was to not make graven images. (Jews would sometimes use Roman coins with the likeness of a Roman emperor, but would not themselves mint a coin with a human likeness on its face.) 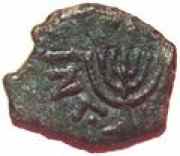 The early Hasmoneans (Maccabees) were especially careful in this regard.

Our modern sensitivity is, shall we say, not as fine tuned, and few of us see any problem with coins that bear the likeness of Washington or Lincoln.

This is less so for images of Herzel or Ben Gurion, say, but I think this has more to do with Orthodoxy's complicated relationship to Zionism rather than to a real, visceral reaction to a Jewish graven image.

The Israel government's Coins and Medals Corporation has begun issuing medals that bear the likeness of Jewish sages. Future medals slated to be struck include Maimonides (Rambam) and the Chofetz Chaim.

But the first medal, minted in pure silver in a limited run of 770, is a medal bearing the likeness of the Lubavitcher Rebbe, Rabbi Menachem Mendel Schneerson, who died in 1994.

One would think that Chabad, which sees itself as the truest form of Judaism and believes it has a direct, unbroken link to the "authentic Judaism" of old, would object to this medal on religious grounds. 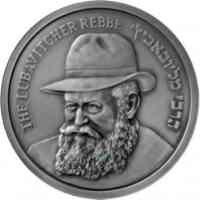 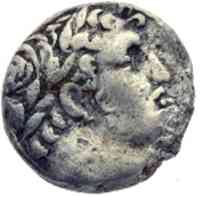 Here is a picture of one of these Tyrian sheqel coins. It bears the likeness of Melqart, the chief god of the city of Tyre, the equivalent of the Canaanite god Baal.

Those coins were used to pay the 1/2 sheqel tax for the Jerusalem Temple during the time of Roman control (approximately 125 BCE to 66 CE). That ended when Jews struck their own silver sheqel and 1/2 sheqel coins during the revolt against Rome.

Whether Chabad's reaction to the striking of the Rebbe medal should be viewed as an admirable adaptation to modernity, or if it should be seen as another sign that Chabad is (following the witticism of the late Rabbi Menachem Man Schach) the "closest religion to Judaism, is still an open question – although I would argue the answer to that question becomes clearer by the day.

Just In Time For Hanukkah? Rebbe Coin Minted In Israel

One of the things archeologists almost never find are…