All images can be clicked to enlarge.

As I exclusively reported Friday, Quantum Securities, the potential "investor" brought in by the Rubashkin family in order to allow the Rubashkins to retain control over Agriprocessors appears to be part of a series of shell companies that all operate from the same address in Boca Raton, Florida, and which all share common principals.

Quantum Securities itself is apparently a subsidiary of Quantum Partners.

The two constant principals in these and many other related companies are Brian and Linda Garrahan, the same two principals listed above in Quantum Partner's state filing.

But there is another principal in one of these related companies. According to this court filing dated May 26, 2008, Joseph Garrahan is a principle of 1st Capital Lending: 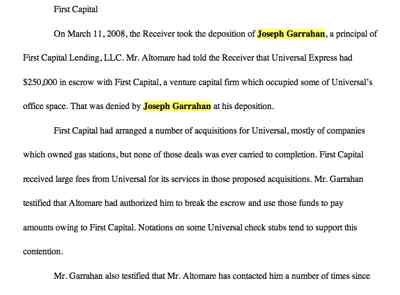 Here is the entire filing in PDF:

There are three 1st Capital companies with very similar names. All share the same business address – 5295 Town Center Road, Boca Raton, Florida – that other Quantum -related businesses share. (Some are addresses are listed as 4th floor, some as Suite 401, some without any floor designation. Almost all Quantum-related businesses share two principals, Brian and Linda Garrahan.)

Below are the latest state filings for the three 1st Capital Lending companies. 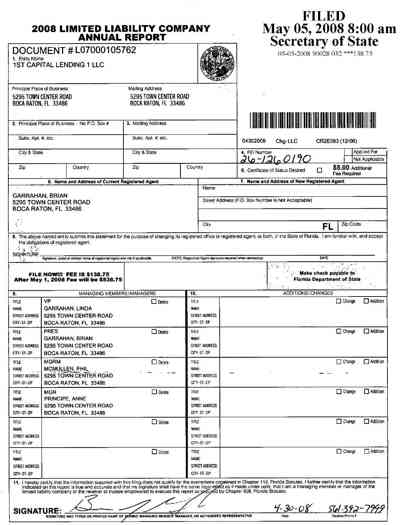 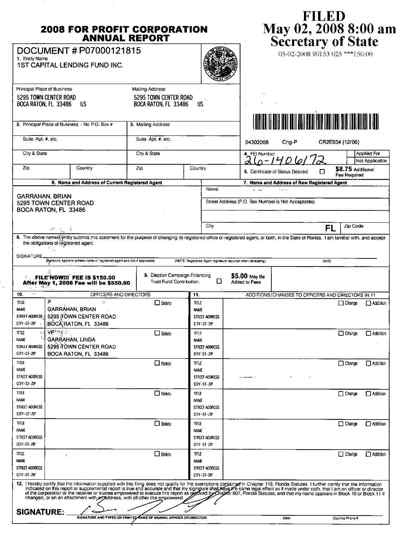 According to the court document posted above, Joseph Garrahan is a principal in at least one of the first two 1st Capital Lendings. 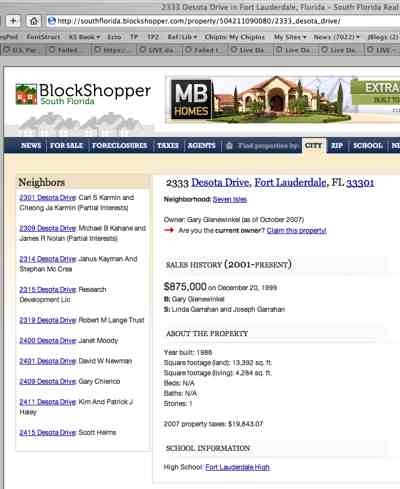 About the time the house was sold, Joseph Garrahan was convicted on federal money laundering and wire fraud charges. Here is the relevant part of the court docket: 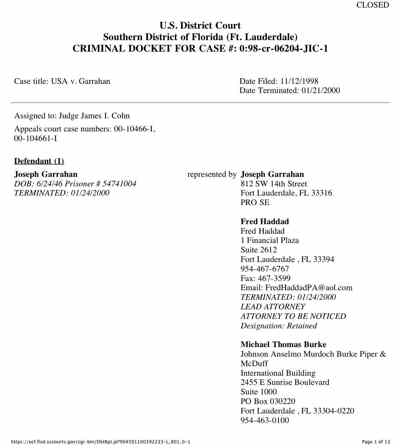 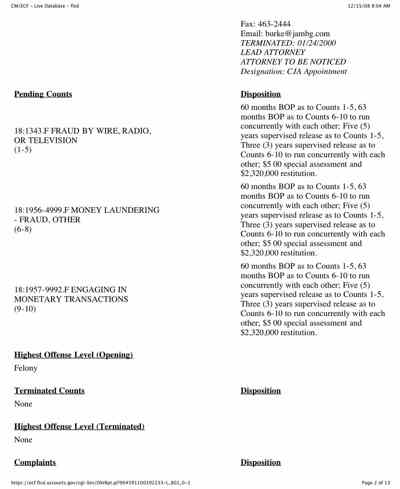 As you can see, Joseph Garrahan had to pay $2,320,000 dollars restitution. He also served almost 5 years in federal prison with a further 5 years of supervised release.

Joseph Garrahan was released from federal prison on January 30, 2004: 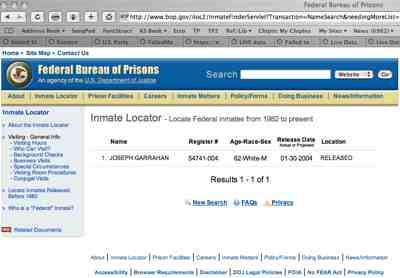 That means Joseph Garrahan is on supervised release for another 6 weeks.

While I'm not sure, I think Joseph and Linda Garrahan are or were husband and wife. Brian appears to be either Joseph's brother or, perhaps more likely, Joseph and Linda's son.

The federal trial and conviction apparently bankrupted Joseph and Linda Garrahan. Each filed separately for Chapter 7 bankruptcy protection in 2001.

UPDATE 12-16-08: I did some further research on Joseph Garrahan.

Here are two documents related to his federal convictions for money laundering and wire fraud: