The request hinges on whether Rubashkin is a flight risk and, more specifically, whether Israel's Law of Return should be viewed as a factor when calculating that risk.

Rubashkin's attorneys claim the government's assertion that the Law of Return increases Rubashkin's flight risk means that every American Jew can now be denied bail for the same reason.

Rubashkin's attorney's may be right. But if they are the fault lies with Israel's abysmal track record extraditing haredi criminals (think Avrohom Mondrowitz as one example – but there are many more) as much as it lies with the US Attorney and the presiding judge.

You can also point blame at the dozens of haredi (and not a few Modern Orthodox) rabbis who – wink, wink, nod, nod – encourage Orthodox criminals to run to Israel.

(You can also add a Brooklyn DA by the name of Charles Hynes who, it is alleged, has been more than happy to allow several high profile haredi criminals to hide in Israel.)

Two of Agriprocessors' supervisors fled indictment. Both are believed to be in Israel. And when Rabbi Sholom M. Rubashkin was arrested, he had a travel bag loaded with thousands of dollars in cash, some silver coins, his children's passports and his and his wife's birth certificates. Two strong boxes lay open and empty in his closet.

I am very uncomfortable with the US Government's contention that the Law of Return (in combination with other factors) increases Rabbi Sholom M. Rubashkin's risk o flight. If the ruling stands unamended, innocent Jews will, I fear, eventually suffer as a result.

Among the other 'gifts' Agriprocessors has given us, let us hope history does not include the day all American Jews lost their automatic right to bail just as Sholom M. Rubashkin lost his.

UPDATE 12-15-08 – I should have posted a link to the judge's decision. Unfortunately, I forgot to it.

I posted the entire decision as a PDF on the day it was issued. I'll post it again now at the bottom of this post.

First, here are jpgs of the section of that Detention Order dealing with the Law of Return. Please click the images to enlarge: 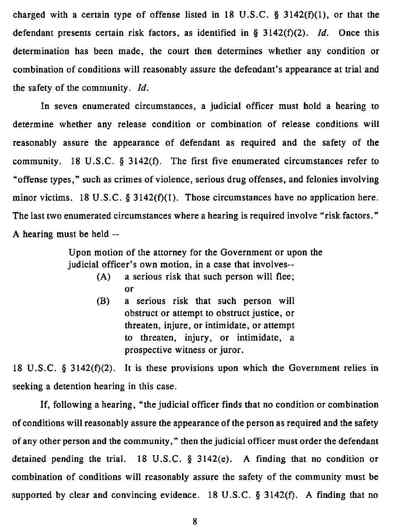 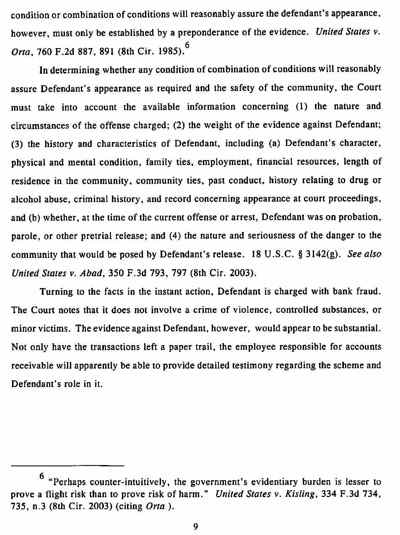 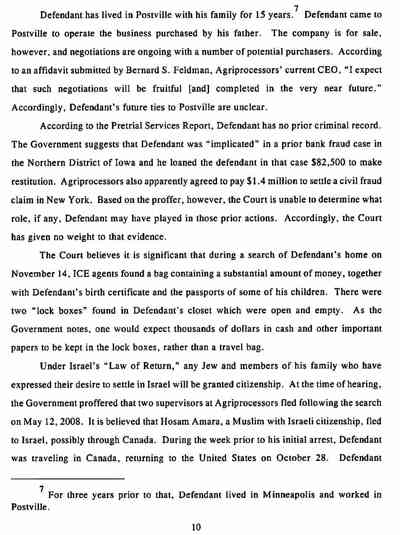 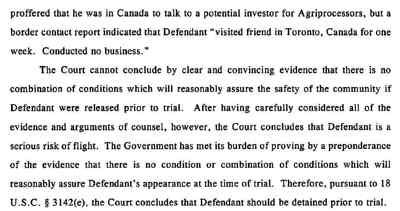