« Chabad Postville Landlord: I Did It For The Workers | Main | Feds Lay Groundwork For Wage Discrepancy Case, Other Charges, Against Agriprocessors »

Rabbi Yaakov Weiss, 28, is rabbi of Chabad of Colonie near Albany, New York. His wife is… 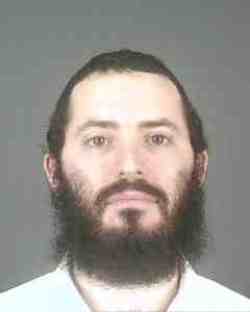 Weiss moved from Postville to the Albany area in 2004:

ALBANY — An Albany area rabbi has been arrested on sex abuse charges stemming from alleged incidents involving a 13-year-old boy.

Albany police detectives arrested Yaakov Weiss, 28, of Loudonville Monday and charged him with two counts of third-degree sex abuse and two counts of endangering the welfare of a child, all misdemeanors.

Details pertaining to the case were not immediately available, but Albany police spokesman Det. James Miller said the charges have to do with Weiss' alleged involvement with the boy on at least two occasions — one in November 2007 and the other earlier this year.

The arrest was part of an ongoing investigation that's continuing and comes on the first day of the Jewish High Holy Days on Rosh Hashanah and Yom Kippur.

Weiss was arraigned in Albany City Court and released but it was unclear if bail was set.

His attorney Arnold Proskin was not immediately available for comment.

Weiss, who adheres to a missionary branch of Judaism know as Chabad-Lubavitch, moved to Colonie from Iowa in 2004 with his wife Rosa and an infant daughter. Soon after arriving in the Capital Region, Weiss founded the Chabad of Colonie and the Chabad Hebrew School. He has been outspoken on the issue of public religious expression.

In 2005, he requested a Hanukkah display at Colonie Center Mall but was denied. The mall displayed a 6-foot menorah the following year after Weiss and his supporters lobbied the mall for representation of the Jewish holiday.

Last year, Weiss was part of a movement to have the state Legislature pass a bill mandating a moment of silence each day at school for students to reflect in their own way on the importance of the spiritual in their lives.

Here is a birth announcement for Weiss' daughter, published on Shmais, a Chabad website, in 2004. Note his wife is identified as Rosa Rubashkin: 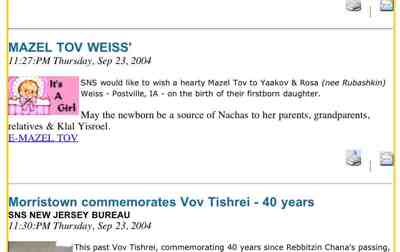 ALBANY — The rabbi accused of having a sexual relationship with a 13-year-old boy has been released on his own recognizance and will appear in court on Oct. 7.

Yaakov Weiss, 28, of Loudonville, who founded the Chabad of Colonie in 2004, allegedly had sexual contact with the victim beginning in December. Police said at least one of the incidents occurred at a Whitehall Road site and at least two others were at a New Scotland Avenue location.

Police said Weiss is charged with two counts of third-degree sex abuse and two counts of endangering the welfare of a child. He was arraigned Monday in Albany Criminal Court.…

The nature of the charges according to Fox23 News:

…A source tells FOX23 News that one incident happened at the Jewish Community Center on Whitehall Road and two other incidents happened at a school on the 400 block of New Scotland Avenue.

This may mean no penetration occurred. We'll have to wait to find out.

Here is Lubavitch.com's listing for Chabad of Colonie: 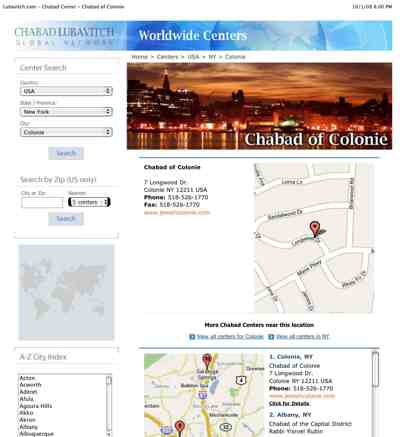 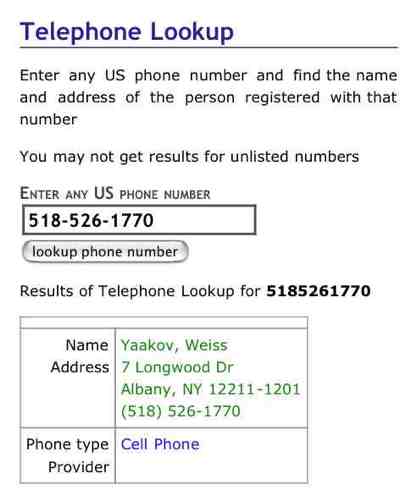 UPDATE 12:45 AM 10-2-08 – It appears Rabbi Yaakov Weiss's father is Rabbi Meshulam Weiss, a Lubavitcher rabbi who, it seems, certifies as kosher some of Agriprocessors meat.

Rabbi Weiss lived for many years in Miami, where he was a rabbi. If memory serves me, he then moved to the Los Angeles area for a number of years, and may have taught in a Chabad cheder (primary school). After Yaakov married Rosa Rubashkin, Rabbi Meshulam Weiss and his wife moved to Postville.

Rabbi and Mrs. Meshulam Weiss have 15 children. Yaakov may be the youngest.

What follows is a story Rabbi Meshulam Weiss wrote for the January 11, 2008 edition of L'Chaim, the Chabad publication published in Crown Heights and distributed by yeshiva students and through subscriptions:

A Slice of Life
by Rabbi Meshulam Weiss

Many years ago I was diagnosed with skin cancer on my lower lip. I had the cancer removed, along with 1/3 of my lip. I am extremely careful not to cut any part of my beard. That is because the Torah commands us to allow our beard to grow and there is a prohibition not to shave one's beard. The surgeon, Dr. Frieman, was very sensitive to this fact. He did not touch even one hair of my beard in the course of the surgery.

About two years ago, I noticed a sore developing on my lip again. When my wife saw it she became very concerned, since it was on the same spot as the first one was. We waited a few days to see if it would go away, but instead it started to grow and spread. In fact, it started to spread downward toward my chin. All the skin under the sore became discolored. I showed it to my doctor and he was quite alarmed. He sent me to a specialist at the Mayo Clinic. The doctor examined me, diagnosed it as a skin cancer, measured it with a special ruler and took pictures of it with a digital camera. He said that he would have to operate, not just on the lip like the first time, but also down toward the chin.

My wife asked Dr. Remington if he would have to shave my beard, and he said that he would have to remove at least part of my beard. I was in shock. My wife told the doctor that we understood that due to the severity of the illness and the nature of the procedure, it would not be possible to completely avoid shaving part of my beard, but that still under no circumstance was he to use a razor; and he would have to use an electric shaver, as there are some leniencies in Jewish law for using an electric shaver. The doctor agreed and scheduled the surgery for 7:30 a.m. the following Thursday.

I left the doctor's office trembling. I wasn't upset about the surgery, nor even that my cancer had returned. What sent me to tears was that my beard, even part of it, would have to be shaven. Until that moment I never realized how important my beard was to me.

On Sunday I called the Chabad House at the Ohel (the Lubavitcher Rebbe's resting place) and asked them to inform the Rebbe what was happening and to ask the Rebbe for a blessing. I added that I wanted them to tell the Rebbe how sorry I was that part of my beard would have to be shaved.

Sunday night the sore on my lip stopped hurting and a crust started to form. Monday morning the crust fell off and the sore was gone. By Monday night the entire discoloration under my lip started to fade. I woke up Tuesday morning, looked into the mirror, and to my amazement I could see no trace of anything.

I left a message at Dr. Remington's office and Wednesday morning I got a call from his nurse telling me that under the circumstances, the doctor was canceling the surgery for Thursday. However, he wanted to see me in his office at 9:00 a.m. to do a biopsy. I went to the doctor's office on Thursday and the doctor looked at me. He began to examine my whole lip, all the while muttering to himself. He glanced at my chart with the measurements and pictures, looked at my face again, sighed and sat back on his chair.

My wife asked him if he was going to do the biopsy now, and he turned to her and said, "On what? It's all gone. There is nothing there."

The doctor then turned to me and asked, "What medicine have you been taking?" I told him "none." He asked, "What ointment did you put on your lip?" Again I said, "None."

By now he was getting pretty frustrated. "You had to have done something," he said, "cancer doesn't go away by itself."

"Well," I said, "I prayed a lot and I called my Rebbe in New York to pray on my behalf."

"Pray? You prayed? And that's why you were cured?"

The doctor looked at me and asked, " If I give you a list of names, will you pray for them also?"

He started to laugh. "Dr. Remington," I said, "I am being serious." He then told me to call him again if I need him (G-d forbid). I thought to myself, "Don't worry, I'll know who to call."

Rabbi Yaakov Weiss, 28, is rabbi of Chabad of Colonie near Albany, New York. His wife is…