The evolution of Rabbi Marc Gafni…


The Evolution of Love

In these three workshops Marc will open the heart space
and map the evolutionary context for the future of love
and sexuality. The course will include deep intellectual
study, heart practices and ancient meditations.

Marc’s intention will be to transmit three major teachings
in these sessions.

1) October 18: A Radical new Look at the Nature of
Eros

3) December 13: Evolving the Wounds of Love into Joy
and transforming Fate into Destiny

Dr. Marc, known for his open heart and intellectual brilliance, is also an electrifying teacher. He is a mystic, cutting edge evolutionary philosopher, social activist. spiritual artist and a heart servant.

He has just recently come off of a two-year retreat during which his teaching has evolved as he has walked through immense personal tragedy.


This lovely series of workshops is being staged by the Pacific Coast Church.

Here's a screenshot of the October class listed on the church's calendar: 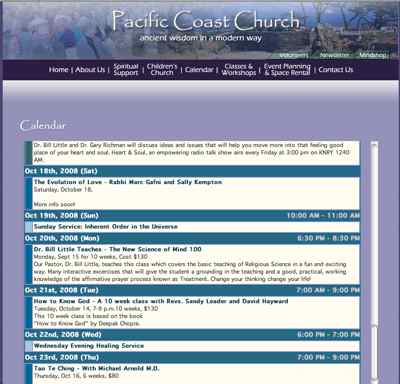 Note that Gafni is teaching this paid workshop on Shabbat in a church.

The" two-year retreat during which [Gafni's] teaching has evolved as he has walked through immense personal tragedy," is, of course, Gafni fleeing Israeli clergy abuse allegations and potential criminal charges.

At the time, Gafni "apologized," and retired from public life.

No mention of his victims. Only mention of Gafni's amorphous "personal tragedy."

Gafni's website contains a section devoted to clearing his name. He's devoted far more time and energy to that than he ever did to making amends to the women he abused.

Here is Gafni's explanation of why he signed and released a letter of apology in 2006:

Why, if these complaints were not true, did I sign a letter that took all responsibility for what happened onto myself and attributed what happened to my ’sickness?’

My initial response emerged from a place of radical shock, confusion, trauma, and fear. All products of the mind’s illusion, yet painfully real at the time.

Though at the time I was not thinking clearly about this, in retrospect I realize that the decision to write the letter was driven by several factors.

I felt that as “Captain of the Ship” I needed to take responsibility for any sickness that appeared in a system that I had created. I also recognized that my bohemian personal life had made me vulnerable to attack. Though I had sincerely believed that I had a right to a private life, it seemed clear that the unconventional nature of my personal relationships could not be held ’safely’ even in the alternative spiritual culture of the movement I headed, and that they had put my work at risk.

I also found the notion of engaging in a sensationalist conflict in the public realm so abhorrent and defiling to my spirit, and the experience of personal betrayal so painful and devastating, that I preferred to fall on my own sword. I believed that writing the letter would, in some measure, end the attacks, and give me time to heal and think things through.

Finally, I had simply been blind-sided by the speed and incomprehensibility of these events.…

The evolution of Rabbi Marc Gafni…