Chabad Postville Landlord: I Did It For The Workers

In a new Iowa Independent report, GAL Investments owner Gabay Menachem says he rented his substandard housing by "unit," not by person: 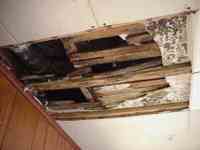 "I have set rents on my properties,” he said. “The properties were rented by unit and not by person in a unit. There may have been some of our renters who went against the rules and sub-leased their properties to others, but we did not have a part in that. I think there is a belief or a perception that I’ve exploited the workers and am getting rich from the wage agreements. That is just not the case.”

Jacobson Staffing, which has been functioning as Agriprocessors' HR department for new hires, and OneForce, another staffing contractor under contract to Agriprocessors, rented those "units" at their "set rents."

Or so Menachem claims.

…Menachem said the wage agreements, which began three to four weeks following the massive May immigration raid at the meatpacking plant, were viewed as a way to ensure he would get paid and to allow the new workers to immediately have a roof over their heads despite their inability to pay up front. The employees signed written contracts with GAL to have an agreed upon amount taken from their future paychecks, which were being paid by Jacobson. While there was a verbal agreement on behalf of GAL and Jacobson to offer this process to the new workers, residing in GAL properties was not a condition of employment, nor was there a written contract between the staffing and property company.

“When the new workers first came into town, I did rent to some without a wage agreement,” he said. “If the worker did not last, I was often left holding the bag. Even after we began to do the wage agreements with Jacobson, if a worker didn’t stay as an employee, I often would not know right away and would be left with a shortfall.”…

Although workers through Jacobson will no longer have rents deducted from their paychecks, employees that enter the plant via One Force Staffing will still have the option of living in properties that have been rented from GAL by the staffing agency for a wage deduction of $100 per week. Menachem wants the public to know that the properties have been rented at his standard rate and that GAL has no interest in the wage deductions being done by One Force.

So, Menachem is willing to rent to OneForce, which then crams 8 to 12 people in his decrepit "units" and charges each $100 per week for a mattress on the floor.

But he is not willing to rent to Jacobson or to employees hired through Jacobson, even when their rent is guaranteed by their paychecks?

Something does not add up.

We know some workers paid approximately $250 up front for a mattress on the floor of one of Menachem's properties. One of those "units," brought Menachem about $1250 per month, because fewer workers took that option, and fewer were put in each house or apartment.

Menachem could have "lost money" this way, if workers left without telling him and spots were then vacant. But he could not have lost money when the rent was deducted from workers paychecks – unless Agriprocessors took the deductions but did not pay Menachem.

This is a real possibility. Agriprocessors and its owners have done this type of thing before.

But I think there is another very real possibility. The close business relationship between GAL, Agriprocessors and Jacobson exposed all three companies to scrutiny they cannot have. Jacobson is functioning as Agriprocessors' Human Resources department for new hires, doing various background checks and checking legal status. But how legal is it for a worker to pay $100 per week for a mattress in a flophouse?

It may not be legal at all.

That brings us to Getzel Rubashkin – the company spokesperson that "isn't":

.…Getzel Rubashkin, a grandson of Agriprocessors founder Aaron Rubashkin, is concerned that Iowa Independent’s previous report regarding the agreement between GAL and Jacobson may have mischaracterized him as a family or company spokesman.

“I can speak only for myself, and definitely am not speaking on behalf of Agri or for the family,” he said in a telephone conversation Monday morning. “In addition, I am concerned that my remarks were taken out of context and may have been interpreted to mean that this was how the company was justifying the payroll deductions.”

Formal requests for interviews of members of the Rubashkin family have been ignored, although prepared statements from company and family spokespersons have been made available to Iowa Independent via e-mail. With the lack of another avenue to present an opposing viewpoint and believing readers would want to know that the payroll deductions were used to pay more than rent, Getzel Rubashkin’s comments from the Failed Messiah blog were used in our report.

Clearly, Bernard Feldman recognizes the legal peril Getzel puts Feldman in, which is why, I think, Getzel announced today that he is no longer posting here:

I just want to go on the record that I am no longer going to be posting comments on this blog. I am thoroughly disgusted by the irresponsibility of many of the journalists and bloggers when writing about Agri. The Iowa Independent piece which "quoted" me by mirepresenting something I posted here is the final straw for me. Good bye.

…[E]mployees that enter the plant via One Force Staffing will still have the option of living in properties that have been rented from GAL by the staffing agency for a wage deduction of $100 per week.…

But this is not really an option. According to the OneForce ad linked by the Independent, workers:

We provide housing accommodations at a cost of $100.00/week (deducted from your upcoming paycheck)

We provide one way transportation from Covington-Iowa for a $75.00 fee (deducted from your upcoming paycheck)…

There is nothing in this ad about these housing or transportation arrangements being optional. Workers coming in through OneForce seem to be stuck in OneForce housing for 8 to 10 weeks, until they become Agriprocessors employees rather than OneForce temps.

Indeed, this has been a complaint of some workers I've had contact with.

So, sof sof, in the end, I think the Rubashkins' attorney Bernie is trying to insulate himself from activities that may impinge on his license to practice law. As long as there is a clear layer in between OneForce and Agriprocessors, attorney Bernard Feldman has, he thinks, done that.

Our Coverage: Part One. Part 2.

Chabad Postville Landlord: I Did It For The Workers

In a new Iowa Independent report, GAL Investments owner Gabay Menachem says he rented his substandard housing by "unit," not by person: