« Who Really Has Custody Of Isaac Hersh? | Main | Bizarre Case of Child Abuse »

Also, we have more on the Orthodox woman who raped her own children to get back at her ex-husband, posted below in the extended post…

One harrowing case after another, yet welfare officials stand by helpless: Faced with a string of heart wrenching cases of child abuse in the haredi community, even state officials now concede that they have only been able to reach this closed community on rare occasions, and often too late.

One recent, disturbing case, for instance, in which a Netivot mother had sexually abused her son, only came to light when the son began to attend boarding school and molested a fellow pupil. The social workers who handled his case quickly realized that the child had no idea that what he was doing was wrong.

New generation of rabbis encouraging battered Orthodox women to seek help, involve police. Welfare minister: Conspiracy of silence on this issue slowly being broken
Full story
Dalia Lev-Sade, director of community services at the Ministry of Labor and Social Affairs, stated in an interview with Ynet that seeing as the haredi community is so sequestered, haredi children enjoy less exposure to societal conventions of right and wrong.

“This is a group that is extremely closed off from the rest of the world, and so many times we are unaware of problems within the community and cannot intervene.”

“The case in Beit Shemesh is a classic example,” recounts Lev- Sade. ”Even though the family was monitored by welfare services, the social workers involved could not fully understand the family, nor the essence of the problems it was facing, because they kept such closely guarded family secrets. Only when something drastic occurs can we actually begin to take action.”

The ultra-Orthodox community, however, is slowly becoming more open, according to Lev-Sade. “The haredi community is slowly opening up and coming to realize that you can’t keep the skeletons in the closet forever.”

Orlet Moyal, director of welfare services at the Bnei Brak Municipality, tends to haredi families on a daily basis and knows all too well that that road to reaching this clandestine community is long and torturous. “It was nearly impossible to reach the haredi community just a few years ago, but we began to come up with creative means of reaching this community without offending its sensibilities.

“We wanted to be able to reach the haredi community before things became disastrous,” says Moyal, "and so we contacted local rabbis and rabbinical councils and urged them to mediate and intervene when families were reluctant to accept help.”

'More willingness to report abuse'
Dr. Yitzhak Kadman, head of the National Council for the Child, believes that it is the closed and reticent nature of the haredi community that in many instances precludes intervention by state authorities in child abuse cases.

“The haredi community firmly opposes airing its dirty laundry out in public, like we saw with many kibbutz communities in the past. The haredi community is extremely concerned about its public images, and in many cases rabbis did not allow families to go to the police and report abuse.”

Kadman noted, however, that this trend is mercifully changing. “In recent years there is more willingness among haredi families to report abuse. In our council alone, 30% of individuals involved in a project tending to victims of sexual abuse are haredi.”

“These kinds of cases were often stifled in the past, because the haredi community was unwilling to disclose anything. Now however, people are far more aware of issues such as sexual abuse and familial violence, be it through exposure to the internet or other sources.”

Aggasi maintains that it is rabbis that are at the forefront of these positive changes in the haredi community.

“Rabbis have asked me about the best treatment options for pedophilia and sexual deviance, and we are currently training social workers to treat both victims and perpetrators.

"In this respect, the haredi community has bypassed its secular counterpart by far, because this is a very motivated, obedient society that has taken heavy handed measures to help curb such phenomenon.”

I said this on another post and I'll say it again – the progress toward normalcy in the haredi world is only as good as its outcomes.

That means real support for victims, even when the alleged molester is a big rabbi. It means no coercion to silence, no quirt 'solutions' that avoid the criminal justice system, no shipping off abusers to rape and molest their way through another community.

It also means no delusions.

The idea that pedophilia can be successfully treated (successful outcomes are exceedingly rare) and therefore molesters who have received or who are receiving treatment can be left in place with free access to victims is simply not acceptable.

It does not matter which big rabbi claims which abuser is "cured." Cured or not, he cannot be left alone with children, cannot serve as a teacher, etc.

The Ynet report also fails to mention something that has changed the equation in haredi society, something that is brining change – blogs and the Internet.

Blogs and message boards provide what haredi media will not – access to information unflattering to haredi leaders, including information about haredi pedophilia and rabbinic coverups. This information is often downloaded by one person, printed and quietly passed around to others without access to the Internet. For all but the most sheltered haredim, the information is there to be found. And many of them have done so.

Without this (relatively) free flow of information, there would be no real change.

Perhaps Ynet will translate the other articles in this series so the context is returned.

Now a word about the two pictures posted below. Both come from Ynet, and are pictures of the Orthodox woman who admitted Tuesday to molesting and raping her own children to get back at her ex-husband. The top picture is the one that ran Monday night. The bottom is from today's paper and was used to illustrate the above story: 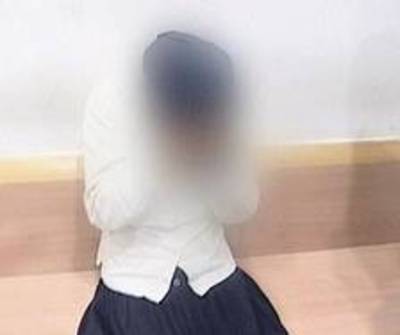 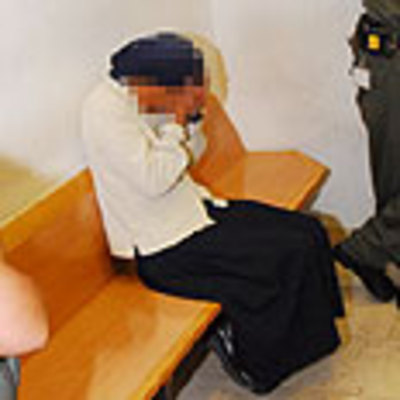 On Tuesday, commenters here accused me of bias because I labeled this woman Orthodox. Her skirt, said one, could very well be pants. No matter, it was clear, they said, that I was a bigot.

Of course, today's picture clearly shows the woman, wearing a skirt and a blouse rarely seen outside haredi society, with her hair in a snood, a religious hair covering.

And Ynet has identified the woman as haredi.

It is very easy for these commenters – all anonymous by the way – to hurl insults, especially when those insults are hurled at someone whom they deem an Other.

They all have long histories here of just such behavior.

They are, I believe, representative of what haredi society is. And, perhaps, we will see more on this in the days to come.

Posted at 03:20 AM in Crime, Litigation, etc., Haredim, Israel | Permalink

Also, we have more on the Orthodox woman who raped her own children to get back at her ex-husband, posted below in the extended post…