A new book, based on six years of research, has just been published. It does what Hecht failed to do…

When that story is told, Kasztner is a hero.

That's what Anna Porter, the author of a new book, Kasztner's Train, believes.

The book destroys many of the myths generated by Ben Hecht and Shmuel Tamir. It does so kindly, without malice, simply by presenting the facts in context.

Anna has been kind enough to write a guest post for us. Much of what she writes may be new to you. For many, it will even be disturbing.

But the truth needs to be told: 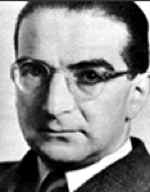 The first book I read about Rezso Kasztner was Ben Hecht’s PERFIDY. Unfortunately, it is the only book many people have read about him, as I discovered after my own book was published. Unlike Ben Hecht, I came to the story with no predetermined notions about Kasztner as either villain or hero. Unlike Ben Hecht, I was not at the trial in that Jerusalem Court in 1955 when Judge Benyamin Halevi announced his verdict that Kasztner had sold his soul to the Devil. But I have read the transcripts and I have read the books and journals, a plethora of documents and heard and read the reflections of participants at the trial and in the events that preceded the trial during the Holocaust in Hungary.

I first heard of Kasztner from Peter Munk, one of the people who was fortunate enough to be on the “Kasztner train” from Budapest to Bergen-Belsen and, later, to the safety of Switzerland. He thinks that Kasztner was a hero. Next, I heard about him from a man whose father was murdered in the streets of Budapest and who thought that Kasztner was a villain. I set out to find out what happened and how. Not so much why because the why is wrapped up in the “banality of evil” that was Eichmann, Himmler, Hitler and the whole murderous apparatus of the Third Reich and their assistants in Hungary as elsewhere in Eastern Europe. 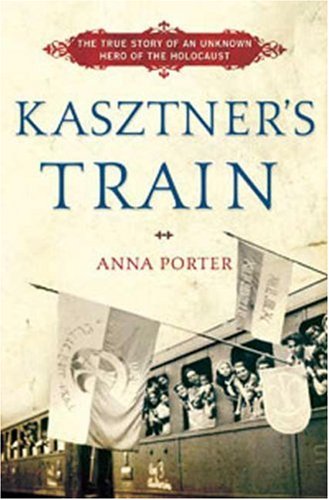 My recently published book, KASZTNER’S TRAIN, is the result of six years of research and interviews with survivors. In brief, it is the story of a man – a provincial Jewish lawyer and journalist – who set out to do some good at a time when few thought of more than their own tenuous survival. Aided by Rabbi Weissmandel’s audacious idea that the Nazis could be bribed to let the Jews go, he presented himself to SS authorities in Budapest as a credible representative of the mythical “world Jewry” and negotiated to buy human lives. Kasztner and his Zionist co-workers offered money, jewelry, share certificates, gold to Eichmann and SS colonel Becher to buy Jewish lives.

While the original plans to save a million people foundered on the Nazi orders to quickly exterminate Hungary’s Jews, out of these negotiations came the “blood for goods” offer rejected by the Allies, the purchase of seats on the Kasztner train and the transport of approximately 17,000 people (mostly older men and women with children) to be “put on ice” in case further bribes could be obtained from American Jewry, and the possibility of trading them for various considerations from the Allies.

Several times, Kasztner traveled to the Swiss border with SS colonel Becher and his adjutants for meetings with Saly Mayer, the Swiss representative of the American Jewish Joint Distribution Committee, to discuss possible items the Reich would accept in exchange for human lives. While there is not evidence that any funds were given to Becher as a result of these meetings, they served their purpose of prolonging negotiations while the Allied armies advanced on Germany.

Kasztner had many opportunities to remain on neutral territory but he kept returning to Germany, putting his own life at risk in order to continue his mission to save others’ lives. Now that Becher could see that his war was lost, he offered to go to several concentration camps to present new orders to prevent further killings. Kasztner accompanied him to Bergen-Belsen where Becher ordered the commandant to keep the prisoners alive till the camp was liberated.

In exchange for his assistance with sending the train’s passengers to Switzerland, his approval of Kasztner’s efforts to obtain food and clothing for the workers from the Strasshof camps, for his personal rescue of one of Kasztner’s former committee members and for his final orders to the camp commandants, Kasztner agreed to stand by Becher once the Allies began their foretold trials of war criminals.

After the war, Kasztner and his family went to Palestine. He was accused, sued for libel, lost the suit and was murdered before the Supreme Court in Jerusalem overturned the original judgment in a four to one decision.

Justice Shimon Agranat noted that Judge Halevi had erred about the circumstances of Kasztner’s activities in Hungary in 1944 –45, that he had based his decisions on “knowledge gained from hindsight” and that Kasztner had acted in what he believed to be the best interests of all the people, not only those he had managed to save. Kasztner’s accuser in the original trial was convicted of libel.

Rezso Kasztner died from an assassin’s bullet on March 15, 1957. A little more than fifty years later, his private archive was accepted by Yad Vashem. Nevertheless, the controversy around his actions and his name continues today. The fact that he testified on behalf of SS colonel Becher at Nuremberg continues to haunt his memory. Was it a promise to a Nazi he felt compelled to honor even after the end of the war? Was he following instructions from the Jewish Agency Executive to maintain contact with Becher in case all of the valuables that he had taken could be recovered? In any case, Becher was not convicted of any war crimes.

One of the questions I have often been asked is how Kasztner selected those to be saved. The fact is he did not make the selections. Those decisions were made in a haphazard way by two committees – and he was not a member of either. On the train there were 150 people who paid, the rest rode free. In Strasshof, the chief consideration was to send women with children and the elderly. As for his own family, one of Kasztner’s brothers was already in Palestine, and the train included 16 other members of his extended family out of 1,684 individuals.

In order to write the book, I read over 200 books, more articles, and journals in three languages. I shall mention only a few:

Yehuda Bauer: Jews for Sale, Randolph Braham: The Politics of Genocide, Volumes I and II, Der Kasztner-Bericht, Biss: A Million Jews to Save, Porat: The Blue and the Yellow Stars of David, Salamon: Kereszteny Voltam Europaban, Kadar and Vagi: Self-financing Genocide, Freudiger: Five Months, Hausner: Justice in Jerusalem, all the relevant Nuremberg testimonies, Szita: Aki Egy Embert Megment, Lily Ungvar, Kasztner’s former secretary’s report, Weissberg: Advocate for the Dead, The Diary of Otto Komoly, Szilagyi: Ismeretlen Memoir, Benshalom: We Struggled for Life, Schiller: A Strasshofi Mentoakcio, Weitz: The Man who was Murdered Twice, Palgi: Into the Inferno, Friling: Arrows in the Dark: David Ben-Gurion, the Yishuv Leadership, and Rescue Attempts during the Holocaust, etc, etc. Documents include “the Negotiations between Saly Mayer and the Representatives of the SS in 1944-1945, Proceedings of the Second Yad Vashem International Historical Conference, Dr Gabriel Barshaked’s taped interviews with Hansi Brand, the Dossier on the Saly Mayer Negotiations of the War Refugee Board, Kasztner es Tarsai Akcioja, prepared by Lily Ungar, etc.

In addition, I interviewed about 100 people, watched all the available films, including Mishpat Kastner and the more recent Kasztner by the Brubyak Studios.

I reached my conclusion that Kasztner was a hero while I was interviewing Peretz Revesz on a kibbutz near Haifa in 2003. Peretz was a Slovak refugee in Budapest, a young Zionist who got his fake papers from Kasztner’s Rescue Committee. He knew Kasztner well and regarded him as one of the strongest, most dedicated men to have worked to save other lives. It was a long interview, but I returned a couple of years later to learn more. Revesz’s own memoir, when it is published, will be dedicated to those who helped save the children during the Holocaust. Both Rezso Kasztner and his co-worker and lover, Hansi Brand, will be included in the names of the brave.

Oskar Schindler, in his own memoir, says Kasztner’s actions remain unsurpassed. Yet, as Egon Mayer, former professor at City University of New York, said: “The most enduring question about Oskar Schindler is why bothered to save Jews. By contrast, the most damning question asked about Kasztner is why he didn’t save more.”

Posted at 01:32 AM in Guest Posts, History | Permalink

A new book, based on six years of research, has just been published. It does what Hecht failed to do…