« "What is Yours is Mine, and What is Mine is Mine"--He is a Wicked Man: Haredim and Organ Donation | Main | Jewish Burka Fanatic Arrested On Multiple Counts Of Child Abuse »

Should This Man Be CEO of Hatzalah?

The better question is, shouldn't he and his wife be in jail?

I've been sitting with this story for days. I saw court documents and press releases. But it didn't sit right with me. 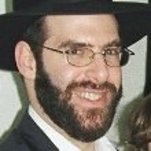 The New York Daily News was able to ferret out some additional information that makes me think Michael Hersh (pictured at right), the CEO of Hazalah, and his wife Miriam have committed federal crimes.

You be the judge: 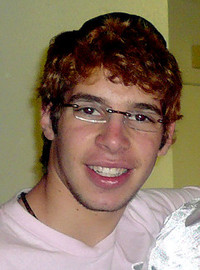 A battle has erupted in the Orthodox Jewish community over a Brooklyn teenager sent by his prominent family to a behavior boot camp accused of terrifying abuse.

Isaac Hersh, 16, has been trapped since last summer at Tranquility Bay, a reform school on the island of Jamaica with a soothing name - and harsh discipline, according to the lawyer hired to try to get him out.

Isaac's estranged parents sent him to the boot camp last year after luring him back to Brooklyn from his new home in Texas, court papers claim.

Isaac's twin brother, Sol, is panicked he's next to go.

Tranquility Bay offers the promise of turning bad boys into focused achievers, but the walled-off camp with barred windows has been called a nightmare.

Children have been beaten, forced to eat their vomit and made to stand in painful contortions for hours, according to a separate suit filed in Utah by former students against private boot camps, including Tranquility Bay.

The case has so riled up members of the normally insular Orthodox community that several are taking the rare step of publicizing Isaac's situation.

One one side is Isaac's informal Texas foster family, who are also Orthodox, and their supporters, who prompted a nonprofit to file suit in Washington last week on Isaac's behalf.

They claim he was lured to Brooklyn with the promise of a job, handcuffed and thrown into a van that took him to the boot camp as he cried and begged to be released, the suit says.

On the other side are the teen's father, Michael Hersh - CEO of Brooklyn's huge Orthodox volunteer ambulance service, Hatzalah - and his wife, Miriam.

"Hatzalah will carefully monitor these proceedings, taking into account the seriousness of the allegations," the organization said in a statement.

The couple has a prominent supporter in Rabbi Aaron Schecter, head of Brooklyn's tight-knit Yeshiva Rabbi Chaim Berlin, according to the suit.

It is unclear what prompted the parents to send Isaac to another country. Michael Hersh did not return a call for comment.

They had a troubled relationship for years, according to the suit.

Isaac, one of eight children, was sent to schools in Virginia and Long Island before the family moved to Israel in 2002, where the parents were accused of abusing Isaac, the suit says.

From there, the boys went to live with families in Texas, although the parents never lost custody.

Should This Man Be CEO of Hatzalah?

The better question is, shouldn't he and his wife be in jail?