« Former Chabad Rabbi: "Shiksas" "Fucking Nazis," "Killing" Jews– "I hate" shikasas "for that," "I'll piss on your grave. You are not going to kill my Jews" | Main | Spreading the Good News One Cadillac at a Time, part 2 »

To cheapen [love] through public,…hollow expressions of infatuation is indeed against Judaism’s notion of true love and its proper demonstration.

A haredi rabbi, Rabbi Ullman, explaining why Valentines Day should not be celebrated by Jews:

The nominally Christian Roman populace still observed Lupercalia as late as the end of the fifth century when, after a long contest, it was finally abolished by Pope Gelasius 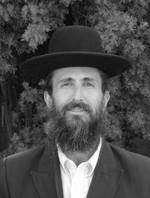 . Interestingly, this is the same Gelasius who first proclaimed February 14 as Valentine’s Day.

How did the day come to be associated with love and romance? If viewed as an originally Christian holiday, legend says that when Claudius II purportedly outlawed marriage for young men hoping to groom better soldiers, Valentine continued to perform marriages in secret. When he was discovered, he was put to death. A feast was proclaimed to commemorate his death. If viewed as an originally pagan holiday, the source of the feast is the meal after the goat sacrifice, while the ceremony that served as an omen for marriage and fertility is the origin of the day’s sentimental nature.

Accordingly, these themes may have been “Christainized” by the church to wean the early Europeans away from paganism by supplanting Lupercalia with St. Valentine’s Day. Others posit that the day’s romantic character was introduced much later in the Middle Ages’ lore and literature of “courtly love”.

Either way, the public demonstration connecting indulgence and romance is antithetical to Jewish values. In fact, the icon of Valentine’s Day, Cupid, in Roman mythology is the god of love and intimate relations, which in turn is based on the Greek god Eros. This means that the cupid-love of Valentine’s Day is essentially a modern form of ancient eros. In Judaism, true love and its expression not only on a physical level, but also on an emotional, intellectual and spiritual level as well, is very important and central.

However, it is something that is shared privately and intimately between two people in the nurturing and elevating context of marriage. To cheapen it through public, commercialized and hollow expressions of infatuation is indeed against Judaism’s notion of true love and its proper demonstration.

So whether Valentine’s Day is Christian, pagan or immoral, one thing it’s not is Jewish.

Why, it's almost as if Tu B'av wasn't a Jewish holiday!

To cheapen [love] through public,…hollow expressions of infatuation is indeed against Judaism’s notion of true love and its proper demonstration.