Haredi website Ladaat.net printed a picture of the Winograd Commission but blotted out the face of one of the commission members.

Because Ruth Gavison is a …

…The ultra-Orthodox press, bound by strict laws regarding modesty which demand that women be obscured to the greatest extent possible, prefers as a general rule to refrain from carrying images of females. 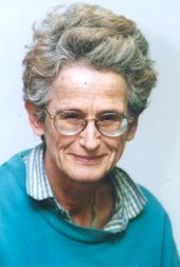 Spiritual committees, comprised of rabbis who regularly monitor haredi sites and newspapers, generally dictate what will appear and what will not be shown in the haredi press, and, more often then not, they tend to bar the publication of such photographs.

MK Limor Livnat, who formerly served as education minister, received treatment similar to Gavison in the ultra-Orthodox press when her face was digitally blotted out from a photo taken at a cabinet meeting.

Photos of most women, and even young girls, are handled similarly. If they are published at all, that is

'They’ll pull the plug on us’

In an interview with Ynet, Ladaat.net site manager Yechiel Levy explained that the site “caters to an audience which is highly sensitive regarding content”, and that he must respect their wishes. He noted that the decision to blur or remove photos from the site has nothing to do with the prominence or respectability of women such as Knesset Speaker Dalia Itzik, Foreign Minister Tzipi Livni, or Professor Gavison

The Ladaat website, explained Levy, is currently operated by ultra-Orthodox internet providers 'Rimon' and 'Nativ' which use stringent content filters to remove inappropriate content, such as photographs of women.

“Even if the woman in question is modestly and appropriately dressed, as soon as a woman’s photo appears on our site they’ll pull the plug on us, said Levy. “Our very existence as a haredi website is contingent upon our maintaining a very strict, exacting moral code that we cannot deviate from.”

A picture of Ruth Gavison is posted above.

Haredi website Ladaat.net printed a picture of the Winograd Commission but blotted out the face of one of the commission members.

Because Ruth Gavison is a …