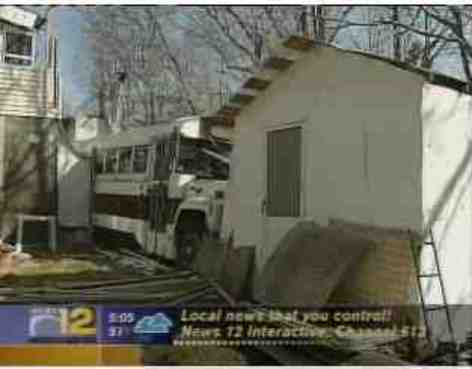 Remember the school bus that was illegally converted to a matzah bakery? The one with live gas lines running from an occupied home in a crowded neighborhood to the bus, which was attached to the structure via a flimsy shed? The one that had a wood-fired oven?

According to VosIzNeias, the bus caught fire today, apparently while the haredim were illegally baking matzah. And, according to one commenter there, there is a rumor that the rabbi in charge was arrested.

UPDATE 4-2-07: It turns out the rabbi chose to bake matzah illegally rather than comply with the law. A neighbor smelled smoke and turned him in.

The previous post is here. Leave your comments there, please.