MONTREAL (CP) - A hospital's refusal to perform a kidney transplant on a 61-year-old man who found a donor on the Internet is "tantamount to a death sentence," the man's lawyer said Monday. The Royal Victoria Hospital has previously indicated it wouldn't treat Baruch Tegegne because of fears Shree Dhar, a cotton exporter from India, would be paid for donating the organ. Buying or selling organs is illegal in Canada. There were also concerns because Dhar isn't a family member.

Michael Bergman, Tegegne's lawyer, insists no money would exchange hands and he said it is vital his client receive a new kidney because his health is deteriorating.

"I saw him yesterday and he's now on dialysis four times a week, up from three," Bergman said in an interview. "He cannot stay on dialysis indefinitely.

"If he does not receive a transplant, his life will certainly be shortened. It is tantamount to a death sentence. That does not mean he will pass away in the near future, but at some point his life will be precipitously shortened."

A Royal Victoria spokeswoman said Monday the institution would have no comment on the matter for legal reasons.

Bergman and supporters of Tegegne will hold a news conference in Montreal on Tuesday and will announce a lawsuit against the hospital.

"He has a right under the Canadian and Quebec charters to life, to assistance when his life is in jeopardy, to be treated equally," said Bergman, who was not aware of any previous legal action in Canada over organ transplants.

"He also has a right under the Hippocratic oath that every doctor takes."

Simcha Jacobovici, a Toronto-based filmmaker and a friend of Tegegne's, said he and other people are willing to pay Dhar's expenses. 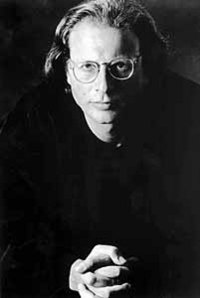 Jacobovici said one of Dhar's grandfathers died of kidney disease and that when the Indian read Tegegne's biography about walking across the Sahara, he said, "This is a guy like my grandfather' and he was willing to step forward."

Tegegne escaped from Ethiopia in the 1970s and eventually returned to help Ethiopian Jews get to Israel.

The filmmaker accused the hospital of stonewalling and not coming up with objective criteria in handling the case.

"They're playing God," Jacobovici, who will be at Tuesday's news conference, said in an interview from Los Angeles.

"Right now, if you give blood in Canada, you're a hero. And if you want to give a kidney, you're suspect."

Jacobovici said Tegegne is "very frustrated" with the hospital's decision.

I'll post hessed-related information as soon as it is available.

Baruch has been a dear friend for almost 25 years. I brought him to Crown Heights in 1984 where we met with Rabbi Yehuda Krinsky and Rabbi Dworkin, the Av Beit Din of Crown Heights. We had just come from meetings in Washington, DC at the State Department and in Congress.

UPDATE: A CBC News report on Baruch can be viewed here.

Baruch Tegegne, Hero Who Pioneered Escape Routes From Ethiopia, On Dialysis – Canadian Citizen, Canadian Govt Refuses Transplant Due to Fear Donor May Have Been Paid For Kidney, Denies Charge – Govt Decision A "Death Sentence"
Failed messiah was established and run in 2004 by Mr. Shmarya (Scott)Rosenberg. The site was acquired by Diversified Holdings, Feb 2016.